People Staff - 24 October 2012
Watch a panel of LPs discuss the strategies they use to identify promising emerging managers, from our June 2012 conference. 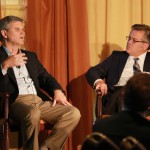 Steve Case talks about AOL’s humble start and what he looks for in a...

Toby Mitchenall & Jonathan Brasse - 18 October 2012
Technology industry icon Steve Case speaks about crowdfunding, entrepreneurship and what should guide the missions of the next generation of startup leaders at Thomson Reuters' Venture Alpha 2012 conference in San Francisco. Case is co-founder of America Online and chairman and CEO of Revolution, a Washington, D.C.-based investment firm he co-founded in 2005. Revolution's investment funds -- including Revolution Growth and Revolution Ventures -- have backed more than 30 companies, including Zipcar, LivingSocial, AddThis, Lolly Wolly Doodle, Bigcommerce and Echo360. . Video date: Oct. 18, 2012 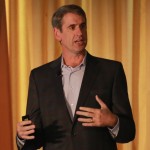 Toby Mitchenall & Jonathan Brasse - 18 October 2012
Benchmark Capital General Partner Bill Gurley tells LPs at Thomson Reuters' Venture Alpha 2012 conference in San Francisco that there are a number of brights spots in the VC industry, but he’s worried that they didn’t learn to be wary of funds in excess of $1 billion. His message for institutional investors: Stop blasting money at what have historically been top-tier venture funds, please. It’s bad for the industry. . “You’re not in the stands,” he said. “You’re in the field. And when you allocate [your capital] obsessively to firms in the top quartile, it will have an impact on how things play out.” . Video date: Oct. 18, 2012 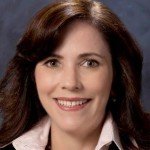 Toby Mitchenall & Jonathan Brasse - 18 October 2012
Countering years of gloom and doom about the venture industry, Pathway Capital Management Director Cheryl L. Maliwanag offered up a decidedly sunnier outlook on the business at Thomson Reuters' Venture Alpha 2012 conference on Oct. 18, 2012. . “It’s no secret that venture funds have received limited love over the past decade, yet I stand here telling you that we are pretty excited about the opportunity,” Maliwanag told the audience. . Maliwanag heads up due diligence and monitors existing investments in the California office of Pathway, which manages $25 billion in assets through its funds of funds. Her data-intensive presentation was entitled, “Venture Capital: We Weathered the Storm, Here Comes the Sun.” . In particular, Maliwanag addressed the controversial Kauffmann Foundation study. That 51-page report, released in May, analyzed the investments Kauffman made in nearly 100 VC funds over 20 years and concluded that “the limited partner investment model is broken,” because LPs “invest too much capital in underperforming venture capital funds on frequently mis-aligned terms.” The result, at least for Kauffman, is that 62 out of the 100 venture funds it backed “failed to exceed returns available from the public markets, after fees and carry were paid.” . Maliwanag praised Kauffman for releasing the report, but noted that Pathway’s analysis of its own portfolio of venture funds reached different conclusions in some cases. “It really is incumbent on every investor to assess their specific portfolio and their organization’s resources and not accept some of the conclusions of the Kauffman report out of hand or accept blindly anything they read in the headlines,” Maliwang told the audience. . For example, while Kauffman found that its larger funds under-performed its smaller funds, Pathway looked at a portfolio of funds similar to Kauffman’s and “couldn’t find any evidence of that,” she said. “We believe fund performance isn’t related to fund size. It’s really determined by the quality of the manager.” . Pathway, established in 1991, is one of the world’s largest private equity fund of funds managers, with about $25 billion under management. The firm maintains a database of 8,000 funds raised over the past 30 years, which Pathway says gives it “a unique perspective on the asset class.”

People Staff - 11 October 2012
From our June 2012 conference, a group of family office managers discuss issues facing these investors as they consider the private equity asset class. 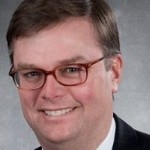 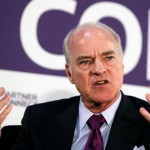 People Staff Writer - 19 March 2011
Technology startups are enjoying a heyday in fundraising, but a scarcity of talent is driving a bidding war for superstars in Silicon Valley, according to a panel of venture capital experts. . Video date: March 19, 2011
1...678Page 7 of 8