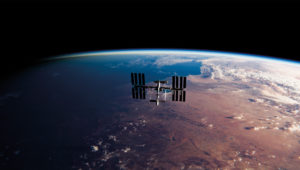 Continuation funds are on the rise, and one was announced earlier this morning. We’ve also got a roundup of PE deals capitalizing on growing interest in space tourism.

Before we get to all that, I’d like to share some reporting about dealmaking in the technology sector.

Tale of two cities. Publicly traded tech companies have taken a beating this year. How are falling stock prices affecting private equity-backed deals? For insights, I reached out to Union Square Advisors, a tech-focused investment bank.

Historically, public corporates were the primary acquirors in technology M&A transactions, but the market has expanded dramatically in the last few years to include a wide range of private equity buyers as well. Given the enormous amounts of capital raised by tech-focused PE players, we expect this trend to continue in both the short- and long-term.

At the end of Q3, PE buyouts and exits accounted for most of total M&A, which is significantly higher than this same time period in 2021, despite rising interest rates, inflation and threats of an economic recession.

Right now, we are seeing a “tale of two cities” when it comes to the public vs. private capital markets, i.e., the public markets are suffering through sharp waves of volatility and effective closure, while the private markets continue to be open and available.

In conversations with our sponsor clients, virtually all of them indicate they are ready to put their money to work given the more attractive valuations now seen in the market. However, the reality is that high-quality assets (e.g., those continuing to grow well and/or not burning significant cash, etc.) remain highly sought-after and still are often priced at a premium.

The unique dynamics shaping the current environment also are creating some unique deal structures, including earnouts, smaller stake sales, greater levels of existing shareholder rollover, and a resurgence of private investments in public equity (PIPEs). VC-backed companies, especially those that aren’t leaders in their particular industry/sector, may also feel pressure to sell if their backers pause funding or decline to support ongoing growth initiatives.

If you’ve got insights about PE-backed dealmaking you’d like to share, send them my way at mk.flynn@peimedia.com.

Portfolio sale. Today, Zenyth Partners, a lower middle-market firm investing in regional healthcare practices, said it has closed a continuation fund made up of both secondary and primary capital commitments, co-led by BlackRock and Manulife Investment Management with support from Newbury Partners.

“This is a significant milestone for the Zenyth Partners franchise. We welcome the support of new blue-chip institutional partners,” said Rob Feuer, managing partner of Zenyth. “We are proud of the performance of the Smilist, ReFocus and HHF, and we believe this transaction validates our operationally-focused model of building sustainable patient- and provider-centric healthcare businesses leveraging consumer and tech-enabled concepts to drive industry leading KPIs.”

Partner Sean Hayes added, “We are extremely pleased by the profound support of our strategy and portfolio by the market in the midst of a challenging environment.”

Continuation funds “have become a way for GPs and their investors to hold on to companies longer, rather than selling them outright to another private equity firm or listing them on an exchange,” explain Michael Forestner, global CIO, private equity, and Brad Young, global deputy CIO, private equity, Mercer LLC, in a blog post. “Rather than the focus being on ‘problem’ companies, assets transferred to continuation funds are likely to be the best performers of the main fund and can therefore be considered a growth or momentum play. While they are conceptually similar, in practice continuation funds differ significantly from traditional secondaries in terms of their risk profile. A typical secondary fund buys and holds pools of assets – so the resulting funds are highly diversified across perhaps several hundred companies. By comparison, a continuation fund may contain 1-5companies and are therefore much more exposed to single-company risk.”

Earlier in October, the Space Development Agency awarded York a contract worth up to $200 million to build and operate 12 satellites with experimental military communications payloads, as SpaceNews reported.

“With its innovative spacecraft designs and manufacturing processes, York has revolutionized the small satellite market, which is poised for significant growth in both the government and commercial markets over the next 20 years,” said Kirk Konert, partner at AEI.

To learn about more deals from AEI and other firms, including BlackRock, Veritas, Enlightenment and Trive, read Obey’s story here.