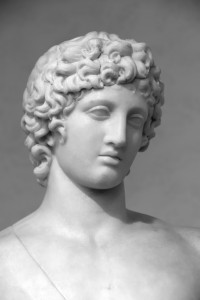 Apollo Global Management kicked off 2016 by paying subdued purchase-price multiples well within the single digits for three take-privates, despite frothier prices in the broader buyout industry.

Apollo founder Leon Black has already talked up the New York shop’s shift into investing after distributing tens of billions in capital back to LPs. In 2015, the firm spent more than it paid out for the first time in recent years, apparently without overpaying.

Drawing a line in the sand in October, Josh Harris, senior managing director at Apollo, said the average purchase-price multiple for the firm’s flagship $18.4 billion Apollo Investment Fund VIII has been around 6x EBITDA.

The firm appears to have managed to stick to its efforts to buy on the cheap, at least when looking at the top-line purchase-price numbers and EBITDA estimates for its latest deals.

While take-privates have been rare in the past few quarters, the long bull market stumbled last summer. That caused weakness in lots of stocks that persists in 2016. Value-oriented Apollo has swooped in on three of them at compelling price points.

Roaring out of the gate in the first quarter of 2016, Apollo announced a $9.5 billion shopping spree, including $7 billion for security specialist ADT Corp, $1.4 billion for grocery chain Fresh Market Inc and $1.1 billion for Apollo Education Group Inc.

The purchase-price multiple for ADT works out to about 3.7x the company’s projected 2016 EBITDA of $1.88 billion, according to analyst estimates compiled by Thomson Reuters.

Meanwhile, Apollo is offering to buy Fresh Market for about 7x the company’s projected fiscal year EBITDA of $193.2 million. Apollo Education Group has agreed to be bought for about 5x EBITDA.

So while the overall M&A market has been frothy with aggressive strategics and competitive auctions, some sectors offer better deals.

After trading well into the $40 range a year ago, ADT shares slid to the $35 region in June and then to around $25 in February, shortly before Apollo announced the deal to buy the firm for $42 a share cash. It’s a big premium based on ADT’s recent trades but about even with the stock’s trading level last April.

The price may go even lower when factoring in potential cost savings when Apollo combines ADT with its existing portfolio company, Protection 1, to create a security specialist valued at $15 billion, including debt.

If the company succeeds in its effort to increase its business under Apollo’s ownership, ADT may provide a handy return for Apollo.

After going public in 2010 at about $35 a share, Fresh Market stock posted a strong performance in 2012, reaching about $60 a share, before falling steadily since then in the face competition from Whole Foods Market Inc and others. Apollo’s buyout price of $28.50 a share marked a 24 percent premium to the stock’s trading level just prior to the deal.

And in the case of Apollo Education, shares of for-profit education companies hit a buzz saw in the face of regulatory headwinds in the sector.

While some stock prices have gradually recovered, look for weakness in some sectors. That’ll lead to more take-privates at relatively low valuations for Apollo. While it’s much harder for GPs to get returns by taking their portfolio companies public nowadays, downdrafts in stocks may lead to better returns in the future if targets get acquired at discount prices prior to a turnaround. There’s always another lever to pull.

Correction: This story has been updated to correct a figure for the $15 billion enterprise value of the combined ADT and Protection 1 portfolio companies.