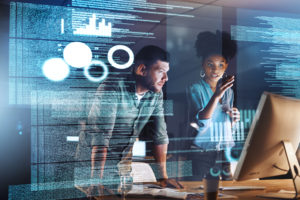 TA Associates is joining Clearlake Capital as an investor in Ivanti, bringing the IT software provider’s valuation to more than $2 billion, sources familiar with the deal told PE Hub.

As part of the deal, both private equity firms will become equal shareholders of the company and will share governance.

The business has performed well through covid-19, proving its resilience amid the economic slowdown as a mission-critical software provider, the sources said.

In the past year, the software provider of IT management tools has generated $450 million in revenue, they said.

The firm sees opportunity to grow Ivanti from $450 million in 2020 revenue to $1.5 billion over the next five years, the person said.

The company’s ambitious plans are reinforced by the appointment of CEO Jim Schaper and his executive team, all of whom joined Ivanti back in January.

Schaper, a founder and former CEO of global enterprise software leader Infor, is known in the industry for scaling Infor from $40 million in revenue to over $2 billion in less than five years.

In February 2020, Schaper sold Infor to Koch Industries for $13 billion. Now, Schaper and his executive team will try to match Infor’s success on the Ivanti platform.

The deal comes nearly a year after Clearlake conducted an official sale process for Ivanti. UBS Group was engaged to advise Ivanti on its sale then.

PE Hub first reported that Ivanti was looking for a new buyer in April 2019. A month later, in May 2019, the company received first round bids from multiple PE parties, including Thoma Bravo, Golden Gate Capital, Veritas Capital, and TA Associates, sources told PE Hub at the time.

Ultimately, the process did not result in a buyer at that time as prospective buyers were not as excited about Ivanti’s former management team, one source said.

Clearlake and TA have a history of working together. The firms are both investors in DigiCert, a provider of certificate management platforms. Clearlake joined TA on its existing investment in the company in July 2019.

Clearlake and TA declined to comment for the story.