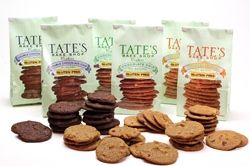 Tate’s Bake Shop, which is known for its gluten-free cookies, is up for sale, according to three sources. A regulatory filing is showing The Riverside Company is acquiring the business, though that could not be confirmed with other sources.

Kathleen King, who founded and owns Tate’s, hired TM Capital to find a buyer in the spring, two sources said.

Tate’s sells cakes from its retail store in Southampton, New York, while its cookies, which include shortbread and regular wheat-based items, are sold nationally in grocery stores. The company, which reportedly makes 2 million cookies a week, produces about $7 million to $8 million EBITDA, one PE executive said. Tate’s received bids of more than $80 million, the source said.

A handful of strategic buyers were interested in Tate’s, but the auction was dominated by PE firms, especially as valuations went up, the executive said.

The Riverside Company, a generalist PE firm, apparently is acquiring the business, according to an FTC filing. The investment is coming from Riverside’s third micro-cap fund, which closed at its hard-cap of $350 million last month.

Tate’s is selling for an “excess of a mid-teens EBITDA multiple,” a second PE source said. That comes to roughly $100 million to $110 million. “It’s a very full price,” the first source said.

This is not the first time King has sought a partner. The entrepreneur is known for Kathleen’s Bake Shop, which reportedly started as Kathleen’s Cookie in 1980. Wildly successful, a bad deal with some business partners caused King to lose the wholesale business and the name she’d worked 20 years to build, according to the Huffington Post. King did keep the bake shop, which she transformed into Tate’s and is named after her father, press reports said.

With the current auction, King is looking to “mostly cash out,” the first PE source said.