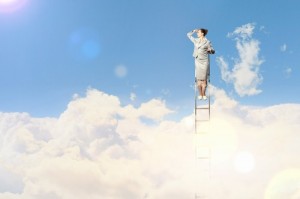 Jim Leech, retiring president and CEO of Ontario Teachers’ Pension Plan, has announced a number of senior leadership changes in the investment division as a result of a strategic review. Jane Rowe, senior vice-president, Teachers’ Private Capital, has been given additional responsibilities for the organization’s international growth strategy, and for the Long Term Equities group. She will also replace Ron Mock on the board of real estate subsidiary Cadillac Fairview. Additionally, Andrew Claerhout has been promoted to senior vice-president, infrastructure.

“The vacancy resulting from Ron Mock’s appointment to succeed me as CEO on January 1, 2014, was the catalyst for a strategic review led by Ron and Neil Petroff, Executive Vice-President and Chief Investment Officer,” said Mr. Leech. “The result is a series of moves that will further strengthen our leadership pool as we prepare for the next stage of our evolution.” Mr. Mock is currently Senior Vice-President, Fixed Income and Alternative Investments.

“Investment innovation is our edge at Teachers’. These moves are designed to bolster that competitive advantage through cross-department transfers and promotions at the senior-most levels that bring new viewpoints and perspectives to each asset class. In other words,” Mr. Leech said, “we expect the status quo to be challenged.”

He stressed that these changes also recognize the increasingly global arena in which Teachers’ operates and the challenges this represents. “We know that our global investment strategy and our ability to compete effectively for scarce investment assets will determine our future success,” he said.

All of the following appointments, within the Investment Division, headed by Neil Petroff, are effective October 21, 2013:

Michael Wissell: to Senior Vice President, Public Equities. Mr. Wissell has been with Teachers’ since 2002. He currently is Senior Vice-President, Tactical Asset Allocation and Natural Resources, and has been a member of that department from the outset, in increasingly responsible positions.

Jane Rowe: Senior Vice-President, Teachers’ Private Capital, has been given additional responsibilities for the organization’s strategy for its growing physical presence internationally and for the Long Term Equities group. In addition, she will replace Ron Mock on the board of Cadillac Fairview, Teachers’ wholly owned real estate subsidiary, as well as taking over the chair of the Investment Division Credit and Counterparty Committee. Ms. Rowe joined Teachers’ in 2010.

Andrew Claerhout: promoted to Senior Vice-President, Infrastructure. He currently is Vice-President, Teachers’ Private Capital, where he heads the consumer, retail, and industrials group. He joined Teachers’ in 2005 and headed the London office from its opening in 2007 until returning to Toronto in 2009.

Any follow-on appointments will be announced in due course, as the leaders of the departments affected complete their transition plans.

With $129.5 billion in net assets as of December 31, 2012, the Ontario Teachers’ Pension Plan is the largest single-profession pension plan in Canada. An independent organization, it invests the pension fund’s assets and administers the pensions of 303,000 active and retired teachers in Ontario. For more information, including our 2012 and previous annual reports, visit www.otpp.com. Follow us on Twitter @OtppInfo