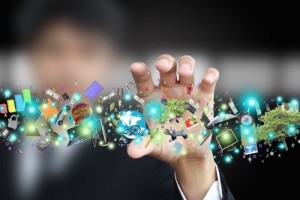 Vector Capital, which earlier this year agreed to acquire cloud computing company Saba Software, is back in the market with its fifth fund, sources told Buyouts.

The target is not clear, though sources said it will be similar to what the firm raised for its fourth fund, which closed on $1.2 billion in 2007. Fund V is expected to have a six-year investment period, sources said.

A formal investment period will be a big change for San Francisco-based Vector, which has historically not imposed a deadline for its funds to invest capital.

Some limited partners complained that the firm was taking too long deploying Fund IV, sources told Buyouts in previous interviews.

Vector invested Fund IV conservatively in its early years because of the global financial crisis, one source said. The firm did the same with what it calls Fund II, its first institutional fund, a 1999 vintage, the source said.

Fund IV was generating a 13.07 percent net internal rate of return and a 1.5x multiple as of Sept. 30, according to alternative assets data provider Bison.

Vector has been busy this year investing capital from Fund IV. The firm agreed to acquire Saba in February, then bought digital audio business Triton Digitalin March. Vector completed the Saba deal in March, acquiring the company in a deal with an enterprise value of about $400 million, according to a statement from the firm.

In March, Vector also completed the acquisition of ChyronHego, which develops products and services for digital broadcast graphics, for a total deal value of $120 million. The firm also agreed to sell Tidel Inc, which makes cash management systems and robbery deterrent products for retail businesses, toGraham Partners in March.

Vector had some turnover last year. Amish Mehta, a managing director and partner who had been with the firm since 2002, stepped back into the role of senior advisor. Rock Meng, a principal who had worked at Vector since 2005, left the firm.

Also, Jonathan Moll, director of investor relations, left Vector to join White Oak Global Advisors. He was replaced by Sunny Kang, who joined from Brevan Howard, where she worked on marketing and IR.