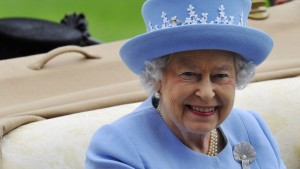 This week will mark the longest drought in tech IPOs this century, surpassing previous records set during the 2008 financial crisis and the dot com bust of the early 2000s, the Financial Times reports, citing data from Morgan Stanley’s technology equity capital markets team.

With the IPO exit route closed, we may see more M&A deals by corporations in tech, like the announcement last week that Adobe has agreed to buy design collaboration software maker Figma for $20 billion.

Speaking of that deal, the Wall Street Journal published a fascinating profile of 30-year-old Dylan Field, the Figma co-founder who left Brown University in his junior year after winning a $100,000 fellowship from venture capitalist Peter Thiel.

Fund II will continue to make majority investments in North American and select European lower middle-market application and IT infrastructure software businesses. Since its founding, Resurgens has invested in 11 tech-focused platform companies and has closed nine add-on acquisitions.
Re-evaluating risk. Pricing will remain challenging this year for strategic and private equity deals, as sources increasingly tell PE Hub that the gap between buyers’ and sellers’ expectations is widening.

The expectation gap, along with rising interest rates, presents challenges for lenders to PE-backed deals.
The question is, “How do you price risk?” explained Milwood Hobbs, Jr., who leads Oaktree’s North American sourcing and origination group, at a media roundtable hosted by the lender last week. “The public markets have re-priced risk father than private credit.”

The New York PE firm announced this morning that its recently launched operating company Due North has acquired MTL Cool. Both companies are based in the Toronto area and provide refrigeration equipment for retailers, including grocery stores, pet stores, pharmacies and ice cream shops.

Obey asked Feierstein about the gap between the expectations of buyers and sellers these days.

“Expectation gaps are bridged if you’ve got the right formula for the future, and that’s the case here,” he replied. “It was evident each business would benefit materially from combining. Moreover, MTL Cool’s management was able to roll equity into Due North, and they recognized the material upside of that.”

Reader feedback. PE Hub has launched a new reader survey, and we’d love to hear from you.

Let us know how we’re doing at the survey.
And, as always, you can reach out to me at mk.flynn@peimedia.com

Finally, I want to say that my thoughts are with our colleagues in the UK at PE Hub Europe, Private Equity International and throughout PEI who are observing a national day of mourning, as Queen Elizabeth II is laid to rest.

Her life of service is a model to us all.