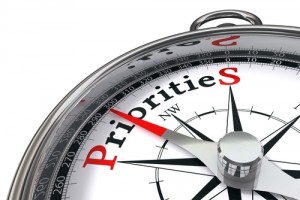 Technology luminaries, venture capitalists and entrepreneurs stopped SOPA in 2012, and, judging by their statements at The New York Times DealBook event in New York, they’re setting their sights on United States immigration policy in 2013.

The difficult factor, apparently, is how to resolve it.

Along with the United States’ slipping in the global community for education–and its need to reverse this–one of the common themes echoed throughout the day by DealBook guests was a growing call to streamline and reform immigration policy in order to retain talent developed at American universities that would otherwise return home after achieving a degree.

This, in part, ties to a recent guest column we hosted at peHUB from David Drake, founder of LDJ Capital, who addressed Senator John Kerry’s (D-MA) and Senator Richard Lugar’s (R-IN) Start-Up Visa Act in his post. The legislation opens the doors to potentially hosting and retaining entrepreneurs who launch successful new businesses.

And while tech pros and investors were gung ho on growing companies through improved visa policies here, some expressed ambivalence about what to do with these startups once they are fully grown. Some have soured on public markets, it seems.

Perhaps based on some of the more popular consumer Internet technology companies IPOs this year, there was a sense of hesitation among leading VCs and CEOs about public markets.

In his appearance early in the day, Andreessen told conference attendees he would prefer to keep the companies he backs private for as long as possible.

And, speaking at the event in the afternoon, Twitter CEO Dick Costolo told attendees that while “the business is doing fantastically well,” there isn’t an IPO on the horizon any time soon.

Rather than a point of inflection, or visibility to institutional investors, Costolo said he only looks at a potential “IPO as a financing event.”