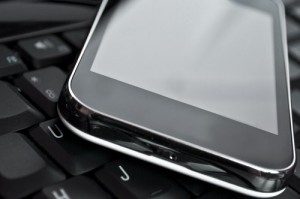 Restructuring mobile service provider Mobilicity, a.k.a. Data & Audio-Visual Enterprises Wireless Inc., has agreed to be acquired by Canadian telecommunications company TELUS Corp. for $380 million. The purchase price will be applied to repay all of the company’s first and second lien debt, with the remainder being used to repay certain other unsecured debt securities. Since its founding in 2008, Mobilicity has raised backing from several private equity investors, including U.S.-based firm Quadrangle Capital Partners.

Mobilicity announces TELUS agreement to acquire the company and postpones meetings of debtholders until Thursday, May 23, 2013

Toronto, ON – May 16, 2013 – Data & Audio-Visual Enterprises Holdings Inc. and its affiliates (collectively, Mobilicity) today announced that it has entered into an arrangement agreement (the Arrangement Agreement) with TELUS Corporation (TELUS) to provide for the sale of Mobilicity as a going concern for a purchase price of $380 million, subject to a working capital adjustment. The transaction constitutes an “Acquisition Plan” under the terms of the Interim Order of the Ontario Superior Court of Justice (Commercial List) dated Friday April 26, 2013 (the TELUS Acquisition Plan).

The transaction is scheduled to close when all necessary approvals and consents have been received and conditions to closing have been satisfied or waived. For more information, please see the joint press release of TELUS and Mobilicity issued today.

The TELUS Acquisition Plan provides that if first lien noteholders or certain unsecured noteholders sign a support agreement in an agreed form to support the TELUS Acquisition Plan within five days following the date of this notice (by May 21, 2013), they may be entitled to additional consideration upon the implementation of the TELUS Acquisition Plan, the amount and form of which will depend on whether they hold first lien notes or unsecured notes (other than unsecured subordinated notes). To give effect to the Arrangement Agreement, certain revisions to the acquisition plan of arrangement described in the yellow information circular dated April 26, 2013 previously mailed to stakeholders (the Circular) have been made. The new TELUS Acquisition Plan documentation, consisting of a revised plan of arrangement, the Arrangement Agreement and a supplemental information statement to the Circular will be posted on Mobilicity’s website today. The documents can be found at www.mobilicity.ca/investorrelations.

Mobilicity Meeting Postponement Details As described in greater detail in the materials previously mailed to stakeholders, Mobilicity had called meetings of its debtholders to consider both the Recapitalization Plan and an “Acquisition Plan”. The meetings were originally scheduled for May 21, 2013. In light of the Arrangement Agreement entered into with TELUS, the meetings have been postponed until Thursday, May 23, 2013. The postponed meetings for both the Recapitalization Plan and the TELUS Acquisition Plan will be held at the offices of Norton Rose Canada LLP, Royal Bank Plaza, South Tower, 200 Bay St., Suite 3800, Toronto, Ontario M5J 2Z4, at 10:00 a.m. and 10:30 a.m. (Toronto time), respectively. The record date for entitlement to vote at the meetings in respect of both plans of arrangement will remain unchanged, being April 25, 2013. Any duly completed forms of proxy already delivered remain in full force and effect for the postponed meetings. The proxy voting deadline has been extended by Mobilicity due to the new meeting date. Proxies should be returned by no later than 10:00 a.m. (Toronto time) on May 21, 2013.

Formerly known as Data & Audio-Visual Enterprises Wireless Inc. (DAVE Wireless), the company operated as Mobilicity. Mobilicity is a wireless carrier that provides wireless telecommunication services to Canadians in Toronto, Ottawa, Calgary, Edmonton and Vancouver. Further information about Mobilicity can be found at www.mobilicity.ca.

In support of our philosophy to give where we live, TELUS, our team members and retirees have contributed more than $300 million to charitable and not-for-profit organizations and volunteered 4.8 million hours of service to local communities since 2000. Fourteen TELUS Community Boards lead TELUS’ local philanthropic initiatives. TELUS was honoured to be named the most outstanding philanthropic corporation globally for 2010 by the Association of Fundraising Professionals, becoming the first Canadian company to receive this prestigious international recognition.