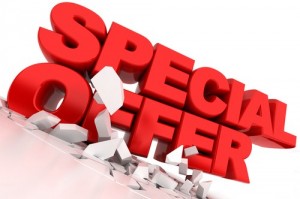 San Francisco-based Taulia Inc., a cloud-based payment and discounting solutions provider, has raised US$18 million in Series C financing. The deal involved an initial close of US$12.5 million led by German investor Klaus Hommels and Lakestar, with the participation of existing investors, including Matrix Partners, Trinity Ventures, TELUS Ventures and DAG Ventures. A secondary closing of US$5.5 million is underway. Earlier in August, Taulia entered into a strategic partnership with TELUS Corp. and its venture capital arm to expand the company’s presence in Canada.

Taulia Inc., the market leading SaaS platform for dynamic discounting, announced today its raise of $18 million of Series C funding.
“Making supplier financing easier and less expensive to acquire will accelerate the recovery of the world economy,” said Bertram Meyer, CEO of Taulia. “Demand for our products has tripled in just a short number of months and this round of capital is in direct response to the growing global opportunity.”

“We’ve been extremely pleased with the overwhelming response from the investment community and are in discussions with select firms to satisfy the demand to inject more capital into Taulia,” said Meyer.

Taulia has experienced tremendous growth since it was founded in 2009 and is pacing to grow an additional 300% in 2013. Taulia’s solution is currently being used in over 99 countries and is fully localized in 10 languages.

“We’re truly a global company with global solutions. We have multiple offices throughout North America and across Europe,” said Meyer. “It has been a remarkable journey thus far and it has only just begun; as we help speed the pace of money between buyers and suppliers, the result will be explosive economic growth for all.”

About Taulia
Taulia provides cloud-based invoice, payment and dynamic discounting management solutions for large buying organizations throughout the world. Organizations can reduce their total spend and achieve double-digit returns on cash positions, while allowing their suppliers opportunities to benefit from early payments, eInvoicing capabilities and low-cost financing options. Some of the most innovative brands in the world rely on Taulia, including Coca-Cola Bottling Co. Consolidated, Pfizer, Pacific Gas & Electric, Hallmark, John Deere and many other Fortune 500 companies from various industries. Taulia is headquartered in San Francisco, California with offices in London, Düsseldorf, Germany, New York City and Park City, Utah. For more information, visit http://www.taulia.com.