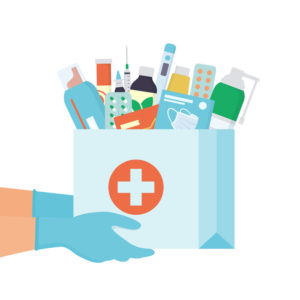 As more healthcare providers transition to value-based models of reimbursement, figuring out how to manage costs is increasingly important.

Temasek’s Global Healthcare Exchange (GHX), whose supply-chain management technology helps healthcare constituents analyze and manage their spending, is one company supporting that evolution as it scores fresh capital and a new pair of eyes from Warburg Pincus.

Warburg, a prolific growth investor in healthcare technology, is injecting around $500 million into the company, sources familiar with the matter said. Temasek, an investment company owned by the Singapore government, will remain GHX’s controlling investor and is not selling any of its stake, they said.

Thoma Bravo, which originally backed GHX in 2014, exited its stake with the investment, last week’s announcement said. It’s unclear where Warburg’s investment pushes enterprise value, although when Temasek acquired its majority stake from Thoma in mid-2017, the deal was reportedly valued at $1.8 billion.

The last four years of ownership have centered on investing behind GHX’s payment and data analytics capabilities, one source said – growth levers that are additive to all constituents of the healthcare ecosystem, be it hospitals, GPOs (group purchasing organizations), or manufacturers and suppliers. These initiatives have pushed its growth rate into the teens under Temasek and Thoma, up from the high-single-digits, one source said, adding that GHX operates a near-100 percent recurring revenue software model.

Covid, meanwhile, has only elevated the cracks in the healthcare supply chain – making assets the likes of GHX that much more essential as hospitals, for instance, are challenged with their economics. Demand for supply chain visibility was particularly heightened in one particular category through the pandemic, the source noted: government agencies.

Headquartered in Louisville, Colorado, GHX is known for operating the largest healthcare trading network representing more than 80 percent of licensed beds in the US, with more than 85 percent of med-surg products flowing through the platform. In buying Lumere in 2020, GHX says that it now operates the largest unified data core of item, vendor, transaction data and clinical evidence.

While the opportunities for GHX remain vast should it stick to its knitting, it could go well beyond strategic sourcing, sources have said.

For example, when Arsenal Capital last year ran a sale process for TractManager, GHX was among the few suitors in the mix, sources familiar with the matter told PE Hub at the time. TractManager not only plays in strategic sourcing, but in contract lifecycle management and provider management – both of which fit squarely in the popular GRC (governance, risk and compliance) arena, which continues to consolidate.

The state-owned investment company has quickly and quietly built out a sizable North American portfolio that didn’t exist seven years ago.

Since opening an office in New York in 2014, North America has grown to represent 17 percent of its net portfolio value of S$306 billion at the end of March 2020 – the largest share of Temasek’s new investments. (The firm added a San Francisco office in 2017, followed by a small office in Washington, DC in 2018.)

John Vaske, head of the Americas business at Temasek, joined the firm in 2017 to steer those efforts after departing from Goldman Sachs.

“We’re not constrained by size or duration, so we can write small checks, we can play in multi-hundred-million-dollar or multi-billion-dollar investments, and we can keep an investment going forever,” Vaske told PE Hub affiliate publication Private Equity International in March 2020.

While Temasek isn’t alone in upping its direct investment capabilities as sovereign wealth funds and family offices increasingly do the same, the Singapore government-owned investor has advantages, Vaske pointed out.

“Is it competition? Who else in the market can partner with every other person in the market?” he told PEI. “I view it as just making sure that we have the right dialogue with everyone who’s a player.”

And although it may have a lower profile than typical buyout funds, Temasek is standing shoulder to shoulder with the big guys. Consider Alphabet’s high-profile life sciences research arm Verily, which in January 2017 scored an $800 million investment from Temasek, marking the first outside investment outside of Google’s parent company. Verily later fielded investment from Silver Lake and Ontario Teachers’ Pension Plan.

Temasek’s notable North American investments include Blujay Solutions, Intapp, WebMD, Internet Brands, among many others. On the growth side, it has backed companies such as DoorDash and Snowflake.

Meanwhile, Warburg last week led a $56 million fundraising in Phil, a software therapy deployment platform, with plans to invest up to $100 million.