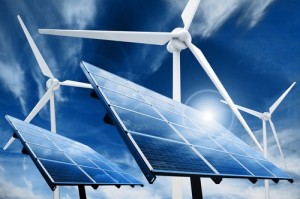 “Temporal Power is pleased to welcome Enbridge as a new strategic investor in the company. Northwater has been an important contributor to our success to date and we are delighted to have them return as a key investor in the business,” said Cam Carver, CEO of Temporal Power. “Thanks to the confidence and support of our investors, we look forward to moving ahead with the next phase of our growth, the commercial deployment of our superior flywheel technology around the globe.”

“Temporal Power’s rate of progress has been remarkable and the technology clearly marks a new standard for high performance grid scale energy storage,” said David Patterson, Chair and CEO of Northwater Capital Management. “We look forward to continued growth and success from Temporal Power as they bring their technology to the global stage.”

About Enbridge Inc.
Enbridge Inc. is a North American leader in delivering energy and one of the Global 100 Most Sustainable Corporations. As a transporter of energy, Enbridge operates, in Canada and the U.S., the world’s longest crude oil and liquids transportation system. The Company also has a significant and growing involvement in natural gas gathering, transmission and midstream businesses, and an increasing involvement in power transmission. As a distributor of energy, Enbridge owns and operates Canada’s largest natural gas distribution company, and provides distribution services in Ontario, Quebec, New Brunswick and New York State. As a generator of energy, Enbridge has interests in close to 1,000 megawatts of renewable and alternative energy generating capacity and is expanding its interests in wind and solar energy, geothermal and hybrid fuel cells. Enbridge employs more than 10,000 people, primarily in Canada and the U.S. and is ranked as one of Canada’s Greenest Employers and one of Canada’s Top 100 Employers for 2013. Enbridge is included on the 2012/2013 Dow Jones Sustainability World Index and the Dow Jones Sustainability North America Index and is also a constituent of the 2012/2013 FTSE4Good Index Series. Enbridge’s common shares trade on the Toronto and New York stock exchanges under the symbol ENB. For more information, visit www.enbridge.com.
For additional information contact: