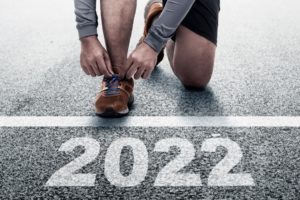 By almost every measure, fundraising by North American private equity firms was through the roof in 2021.

The chains imposed by 2020’s virus-roiled market were broken, with GPs and LPs free to release pent-up energy. GPs who in 2020 delayed or slowed fundraising ramped up activity last year. LPs who formerly played it safe did the same, often finding themselves pressing up against allocation limits.

The result was a massive flow of capital into PE coffers, especially in 2021’s first half. On balance, 860 funds secured $443 billion, according to preliminary data from affiliate Buyouts. That amount, which will increase in the final tally, is already 12 percent higher than the $395 billion raised a year earlier and in sight of the record $503 billion raised in 2019.

It is not yet clear if the robust fundraising conditions of 2021 will persist in the year ahead. Buyouts, however, has identified 10 of last year’s key market drivers that will likely also feature in 2022.

For all market players, the pace of fundraising seemed to move at a greatly accelerated clip in 2021. Continuing to rely on expeditious modes of virtual marketing, GPs were returning more quickly with new offerings, often reflecting fresh strategies and larger tickets.

The pace should remain vigorous for as long as the deal environment holds up and LPs will be challenged to manage a dizzying array of opportunities. This might favor re-ups and inhibit new relationships, Probitas Partners’ 2022 Institutional Investors Private Equity Survey found.

Capital pools are getting larger, a trend that Buyouts data suggest continued last year. Some believe this is linked to the consolidation of capital, as LPs place more of their money with fewer GPs, mostly big, brand-name sponsors inclined to step-up fund sizes.

There is no reason to expect this to change any time soon. The top funds in the market, such as Carlyle Partners VIII, Thoma Bravo XV and KKR North America Fund XIII, are all targeted to bring in more than their predecessors. Blackstone is also reportedly preparing to launch a $30 billion ninth flagship, its biggest yet.

One potential obstacle to faster and bigger fundraising is LPs who are now at or above their allocation limits. Some 23 percent of respondents to Private Equity International’s LP Perspectives 2022 study said they are over-allocated for this year, up from 13 percent in 2021 and the highest percentage since the first survey in 2018.

In other words, PE could have a near-term supply problem. Among LPs with capital to commit, GPs returning to the market quickly with larger tickets may also encounter reluctance to make new commitments without first seeing more realizations from prior outlays.

The rise of growth equity

Growth equity had a strong run in the fundraising market of last year. The strategy collected an all-time high of $100 billion-plus, according to preliminary Buyouts data, and accounted for almost one-quarter of capital raised, well above its historic share.

This owes in part to established PE firms, such as Blackstone, wading into the space as well as emerging managers seeking opportunities in high-growth sectors, such as tech. The recent launch of Warburg Pincus’ 14th flagship growth offering with a $16 billion target is only one sign the strategy has legs going forward.

Red-hot sectors to the fore

Sector-focused strategies were also prominent in last year’s market, especially those that tapped into major investment themes. Tech funds, which prospered from covid-19’s widely-touted digital acceleration, are one example. Another is healthcare funds, which are also benefiting from sector innovation.

Dedicated tech and healthcare funds, as well as vehicles that include these sectors as part of broader specializations, helped drive the robust fundraising of 2021, Buyouts data show. Given the secular nature of underlying deal activity, they are likely to sustain momentum in the year ahead.

Emerging managers appear to have bounced back from 2020’s pandemic challenges. Gen II Fund Services, Buyouts’ partner in the 2021 Emerging Manager Report, counted more first-time opportunities last year than at any time since it began tracking the segment.

The debut of ESG, climate funds

The growing interest of LPs in opportunities in harmony with their ESG policies, such as impact and sustainability funds, was perhaps more evident in 2021 than in any prior year. There is no better illustration of this than the plethora of offerings dedicated to the energy transition.

TPG and Brookfield Asset Management last year rose to the top of New Private Markets’ Impact 20 with the initial closes of their debut climate change vehicles. Energy PE firms traditionally focused on the oil and gas industry, such as EnCap Investments, also contributed to the trend.

Secondaries fundraising soared in the past couple of years, fueled by GP-led deals sparked by the pandemic and a recent flurry of LP-led activity. In 2022, the strategy may have a crucial role in helping allocation-pressed LPs generate liquidity. This might be a factor in CalPERS’ anticipated sale of up to $6 billion of PE fund stakes, reported by Buyouts.

A related development is PE firms raising funds to reinvest in existing portfolios. TA Associates last year closed TA Select Opportunities Fund II to back portfolio companies being sold by its flagship. Others doing the same are Insight Partners and Spectrum Equity.

Globally, private debt fundraising began a recovery in 2021 after slowing down a year earlier. Activity may well comfortably top the $176 billion secured in 2020, Private Debt Investor reported, mostly because of a handful of mega-funds. Fundraising in North America is especially strong.

Some argue the asset class has tailwinds that will propel future fundraising. Private debt funds, for example, are filling a supply vacuum created by the long-term withdrawal of traditional sources, such as banks. Those best positioned for the year ahead perhaps include lenders to PE-owned businesses.

SEC chair Gary Gensler last year laid out options his agency could take to introduce greater transparency and a level playing field to private markets. The agenda touches on everything from fees and side-letter provisions to return metrics and reporting and disclosure.

These issues are integral to the PE fundraising process. As 2022’s market gets underway, and GPs and LPs begin to negotiate terms and conditions, potential initiatives geared to transparency will likely increase in importance as an over-arching theme.