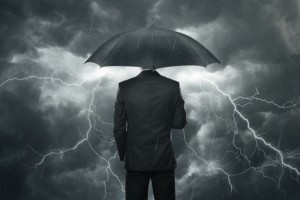 Tennenbaum Capital Partners, a credit-focused shop that keeps a low profile, closed a special situations fund on $730 million in December, according to a limited partner with knowledge of the fundraising.

Tennenbaum Special Situations Fund IX held an interim close on about $307 million in January 2015, according to a Form D filed with the SEC.

The fund provides rescue financing and invests in distressed-for-control in challenged companies. Tennenbaum looks for companies with enterprise values of $100 million to $1.5 billion primarily in North America, according to the firm’s website.

The firm, based in Santa Monica, California, has two main lines of business — the special situations group and a performing credit unit that provides debt financing to the middle market to support leveraged buyouts, growth, corporate acquisitions and recapitalizations, according to Tennenbaum’s Form ADV.

It’s not clear why Tennenbaum is calling the special situations vehicle Fund IX. The firm doesn’t appear to have raised prior funds with the same name. Its past funds are called Tennenbaum Opportunities funds, a Senior Loan fund and debtor-in-possession funds. An executive with the firm didn’t respond to questions about the fund name.

Tennenbaum Opportunities Fund VI, which closed on $530 million in 2011, produced an 8.02 percent net internal rate of return and a 1.19x multiple as of June 30, 2015, according to alternative assets data provider Bison, citing information from the San Bernadino County Employees’ Retirement Association. Tennenbaum Opportunities Fund V, which closed on about $1 billion in 2007, produced a 4.33 percent net IRR and a 1.27x net multiple as of June 30, 2015, Bison reported.

The firm had about $6 billion under management as of December 2014, according to the Form ADV.

Tennenbaum was founded in 1999 by Michael Tennenbaum, Mark Holdsworth and Howard Levkowitz. Tennenbaum has since stepped back from daily management and Holdsworth is listed as an operating partner. Levkowitz holds the title of managing partner.