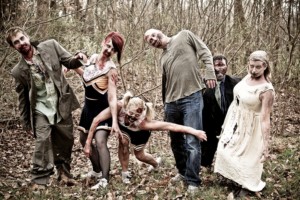 I had an interesting discussion with Debevoise & Plimpton partners Jordan Murray and Erica Berthou recently about various topics, but one that stuck out to me was how the market “is sorting itself out” in dealing with funds that are living beyond their contractual lives.

Limited partners have two main points of concern when it comes to these long-lived funds – one is the continual payment of management fees on funds where only a few investments remain and never seem to get sold. Second, for some of these funds, an inevitable clawback payment is being delayed where the GP received carried interest distributions earlier in the fund life.

The management fee issue is often relatively “de minimis,” according to Murray, because in the case of older funds that fee is only being charged on invested capital (and in some cases lower than that for companies that are in trouble), which usually means only on one or two remaining companies.

To address this issue, LPs are requesting a point in time in a fund life when the management fee simply stops, Berthou said. This would preclude the need for negotiating the fee stream in connection with extending the life of the fund another year. Instead, the fee would disappear.

The bigger issue, though, is the clawback. GPs that have collected carry on a deal-by-deal basis through the life of a fund and find themselves obligated to return distributions to the LPs could be incentivized to keep the fund alive – pushing the payment of the clawback further down the line.

Partially to address this, LPs are asking for a “European” or “all capital back” distribution waterfall in which a GP does not receive carry until an LP receives back all of its capital contributions plus a preferred return (usually 8 percent). When a fund has a “deal by deal” waterfall, LPs are requesting (and frequently receiving) interim clawbacks, in which clawback payments are required to be made periodically through the life of the fund, and not all at the end of the fund life.

Many U.S. GPs haven’t yet bought into the idea of the back-ending carry, and to be fair putting all performance rewards at the end of the fund life could raise questions about how to retain talent. Should the management fee cover things like bonuses for employees, along with salaries and keeping the lights on?

It’s good to hear the market is figuring its own way to sort out what has increasingly become a major issue – hopefully it won’t take too long for everyone to jump on board.