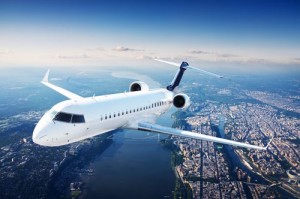 British private equity firm Terra Firma has rejected two bids from a Chinese company for leasing group AWAS worth up to US$2.2 billion in the latest evidence of attempted deal-making in the aircraft financing business, two people familiar with the matter said.

China’s HNA Group made two offers for the leasing company after buying Ireland’s Avolon Holdings through its Bohai Leasing arm last year for about US$7.6 billion, the people said.

The first bid, late last year, valued AWAS in line with the underlying book value of its fleet, which is around US$2 billion, excluding jets earmarked for sale, one of the people said.

A second relatively recent bid upped the value of the offer to reflect a roughly 10 percent premium to book value, that person said, asking not to be identified because the discussions remain confidential.

Listed aircraft leasing companies are on average trading at 0.82 times their book value, according to Thomson Reuters data.

The total AWAS deal value including debt would be over US$7 billion.

A spokesperson for China’s HNA Group denied any knowledge of the AWAS bids.

Aviation and shipping conglomerate HNA Group aims to use recently acquired Avolon as a starting point to try to break into the aircraft leasing industry’s top three, alongside Dutch-based AerCap (AER.N) and General Electric‘s (GE.N) GECAS.

A third source said HNA Group would be interested in AWAS “at the right price.”

Separately, a European banker said “aircraft leasing is a business where size matters” and that HNA had long been thought to be interested in expanding Avolon.

The current third-largest airplane lessor, Dublin-based SMBC Aviation Capital, has also been reported to be interested in AWAS. The Japanese-owned company declined to comment.

AWAS has expanded considerably since early days as the leasing arm of now defunct Australian airline Ansett. It has a fleet of 257 airplanes being operated in 45 countries.

Terra Firma, run by British financier Guy Hands, bought 75 percent of AWAS from Morgan Stanley in 2006 in a deal worth US$2.5 billion.

A year later it acquired rival Pegasus for US$5.2 billion, merging the groups to create what was then the world’s third-largest plane lessor.

The Canada Pension Plan Investment Board owns the remaining 25 percent. The pension fund declined to comment.

Last year, Terra Firma agreed to sell a portfolio of 87 AWAS aircraft to Macquarie Group (MQG.AX) for US$4 billion.