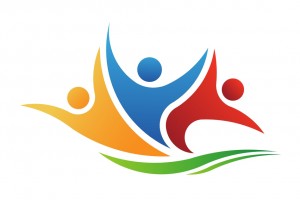 Before backing your next fund, the Teacher Retirement System of Texas wants to understand your firm’s culture.

“With a concentrated manager approach to a large portfolio, you have to find other ways to diversify the portfolio, not just (by) strategy and geography,” Brad Thawley, investment manager for the $117 billion pension fund, said at the Buyouts Midwest in Chicago in late June. He added: “We put (firms) in three buckets: star-driven, collaborative or competitive.”

Categorizing a firm’s culture isn’t as straightforward as you’d think. When asked, most managers describe their culture as collaborative, said Thawley.

That compels Teacher Retirement System of Texas to come up with its own classifications through on-site visits and other aspects of the due diligence process. If one partner has a habit of speaking for the group, Thawley said, that suggests the firm’s culture may be defined by his or her personality—in other words, star-driven. Similarly, if the pension fund learns that a firm only grants carry to partners who worked on a particular deal, its internal culture is likely to be competitive. No one culture is necessarily better than another.

Investment staff at the Texas pension fund have taken into account a firm’s culture since introducing a process-oriented approach to manager selection known as “The Texas Way” in 2009. The process limits commitments to managers that qualify for the pension fund’s “premier list,” which has been pared down to 30 or 40 core relationships.

The implementation of “The Texas Way” was soon followed by the awarding of giant separate accounts to Kohlberg Kravis Roberts and Apollo Global Management. Thawley declined to categorize the cultures of the two firms. But he would say that they offered “yin and yang in terms of culture and strategy.”

The $14.8 billion private equity portfolio of Teacher Retirement System of Texas is spread across three overarching private equity strategies. About 70 percent of its commitments go to buyout funds, according to pension documents; the rest is split between credit/special situations and growth equity/venture vehicles. The retirement system further breaks those strategic buckets down by geography, setting sub-allocations to domestic, international developed and emerging markets.

Sam Sutton is a senior editor at Reuters Buyouts Magazine. To subscribe to Buyouts, click here for the Marketplace.