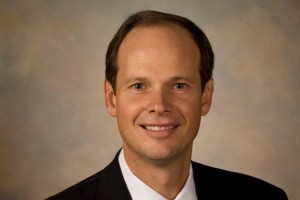 Rich Hall, managing director of private equity for TRS’s $13.4 billion private equity portfolio, said the retirement system for about 1.3 million active and retired teachers in the Lone Star state looks to keep its allocation at about 11 percent of the total trust.

“In terms of 2014 and the private equity space, my expectation is we’ll continue to deploy capital largely with our existing manager group,” Hall said in a phone and email interview with Buyouts. “ I expect that the amount we commit will be consistent with what we’ve been doing in recent years, between $2 billion to $3 billion a year.  Assuming that the markets aren’t too volatile, that level of commitments is what is necessary for us to maintain the targeted allocation to private equity relative to the total trust.”

Overall, TRS has an internal target for buyout funds to represent roughly 70 percent of its private equity portfolio.

In the past year, the system committed $150 million to Insight Venture Partners Fund VIII, a first-time investment in the growth equity fund.

“Insight’s strategy is to invest in real companies that are making money and take them to the next level,” Hall said. “We’re excited about starting off a new relationship with these guys, and it’s a part of our portfolio that we do need to build out a little more.”

The TRS allocation to private equity moved down to 11 percent from 12 percent of the trust in 2012, because pension system took 1 percent of its assets invested in energy-specific private equity funds and contributed those as a portion of the assets to seed TRS’ new, separate energy and natural resources portfolio, which has a long-term target allocation of 3 percent of the trust, Hall said. TRS also hired Vaughn Brock last year as a director to lead the ENR effort. Prior to TRS, he founded American Ventus Energy as a developer of wind farms in Texas, Oklahoma and Colorado.

TRS has 50 to 55 managers with active commitments, but it’s looking to “pare that back a bit”, not necessarily through sales in the secondary market, Hall said.

“It doesn’t make sense to us to sell a fund interest at a discount to net asset value,” he said. ”TRS doesn’t have any liquidity issues that create pressure for us to sell, so we would rather hold an asset and let it run through the normal course of its fund life,” he said. “We prefer to manage our GP relationships through the commitments we make to subsequent funds with a manager. We are fortunate that we don’t have an oversize book of managers to start with and we’ve been getting good performance from the vast majority of them, so we’ll concentrate on the guys who have been winners for us.”

While the bull market in equities in 2013 helped boost returns in private equity – via higher values of public companies and the estimated value of private firms in buyout funds – it’s also driven up the cost of co-investments, he said.

Hall attributed the performance to his colleagues, the selection process for investments and leadership.

“We have a great team of very thoughtful, very capable people. We work passionately on behalf of 1.3 million teachers here in Texas – those teachers are a cause we believe in and we think our efforts serve a greater good which motivates us to take our game to a higher level,” Hall said.