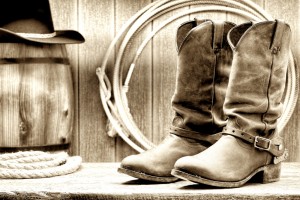 The giant Texas Teachers’ Retirement System committed more than $1.1 billion to private equity across seven investments in the fourth quarter, with some pledges going to long-time partners and some to new relationships, according to sister magazine Buyouts.

Texas Teachers’, which has 1.3 million current future beneficiaries, has $112 billion under management. That includes $13 billion in private equity managed by Richard Hall, the new private equity chief who took over from Steve LeBlanc in 2012. The pension’s private equity target allocation is 12 percent, according to Texas Teachers’ spokeswoman Juliana Fernandez Helton.

The pension’s seven private investments at the end of the year include a $125 million stake in Delta Topco, the holding company that owns Formula One Racing. Texas Teachers’ bought the stake from the estate of Lehman Brothers, the bankrupt former investment bank. Delta Topco is partially owned by CVC Capital Partners, a private equity firm, and by Formula One pioneer and British billionaire Bernard Ecclestone.

Texas Teachers’ also made a $200 million commitment to a new special situations fund from Kohlberg Kravis Roberts & Co. The KKR Special Situation Fund LP aims to take advantage of opportunistic investments that often have narrow windows for decision-making. The fund, which is reported to be targeting $1 billion, has also received a $30 million pledge from the Maine Public Employees’ Retirement System.

Two more commitments during the fourth quarter revolve around distressed debt. One of them is to Apollo’s Apollo SPN Inv. (Lightning Credit) LP, a special fund that aims to offer credit to companies that are less able to borrow at reasonable rates from more established lenders. Like the KKR pledge, the Apollo pledge came from its $3 billion separate account pool.

Silver Lake’s previous vehicle, Fund III, has performed very well. According to performance data from the California Public Employees’ Retirement System from June 2012, the 2007-vintage Fund III has delivered a net IRR of 18 percent and a 1.46x return multiple.

Texas Teachers’ also pledged $150 million to the new mid-market buyout and distressed debt fund from Wayzata Investment Partners, Wayzata Opportunities Fund III LP. The fund, which is targeting $2.5 billion, has received commitments of $150 million each from the Minnesota State Board of Investment, the Florida State Board of Administration and the Massachusetts Pension Reserves Investment Management Board.  The fund has also received pledges of $100 million from the Los Angeles County Employees Retirement Association and $75 million each from the State of Wisconsin Investment Board and the Texas County & District Retirement System, plus $50 million from the Kentucky Retirement System.

Wayzata’s previous fund, the 2007-vintage Fund II, also has performed strongly, producing a net IRR of 16 percent and a net return multiple of 2.5x, according to June 2012 data from CalPERS.

Finally, Texas Teachers’ contributed up to $100 million to EnCap Energy Fund IX LP, the latest flagship fund from Energy Capital Partners, which is targeting $4.25 billion. This oil and shale gas buyout specialist has been on a fundraising tear with Fund IX. Other commitments to the fund include $100 million each from the Florida State Board of Administration and the Minnesota State Board of Investment, $75 million from the New Mexico State Investment Council, and $50 million each from the Kansas Public Employees’ Retirement System and the Louisiana Teachers’ Retirement System.

EnCap’s previous fund, the 2010-vintage Fund VIII, has been on an impressive tear, producing a net IRR of 79 percent, according to March 2012 data from the California State Teachers’ Retirement System. Return multiple data was not provided by CalSTRS.