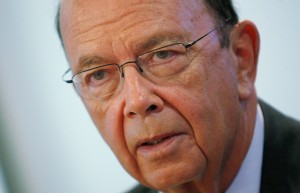 Wilbur Ross, who was once known as the Man of Steel, has met one obstacle he can’t conquer.

According to Bloomberg, Ross fell short of a $2 billion goal for a PE fund to buy distressed assets. Instead, the pool, WLR Recovery Fund V LP, collected $640 million, the story says.

The totals for fund V jumps to $2.2 billion when you include about $560 million in separate accounts and roughly $1 billion that clients invested alongside Fund V, Bloomberg says. Co-investments don’t carry annual management fees, the story says. Fund V is more than half invested, the story says.

UPDATE: Ross, in an emailed response to peHUB, says Fund V raised $2.2 billion with three components. The pool included $640 million in LP capital, $460 million in a separate account and the rest in committed coinvestments, Ross says in the email.

He added that WL Ross & Co. offered investors three ways to participate in Fund V and some of them chose each one. “From our point of view and the point of view of our portfolio companies we raised $2,200,000 to be precise $2,247,000,” Ross says in the email.

WL Ross & Co. spent two years fundraising before closing Fund V in June, Reuters said. The pool, which had a $4 billion target, cut the goal to $2 billion last October when it asked investors for an extension on fundraising, Dow Jones has reported. Fund V invests in and restructures financially distressed companies, Reuters reported.

Ross, in the last decade, was known for turning around businesses in steel, auto and coal. Recently, he has focused on banking in the aftermath of the financial crisis. He invested in Bank of Ireland last year. His firm, WL Ross & Co., was sold to Invesco in 2006.