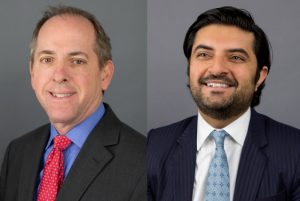 Cerrano was no Ricky Vaughn, but the slugger had a point. It’s hard to put wood on the curveball. Fourteen years later, researchers studying the elusive nature of the pitch would give him a scientific excuse for striking out: We tend to see an object’s position with great accuracy when it’s in the center of our visual field and less accurately in our visual periphery.

The carve-out is the financial equivalent of the curveball, a critical lesson given its rising dominance in the private equity pitcher’s arsenal. Indeed, as valuations and competition remain at historic highs, buyers with record amounts of dry powder are seeking alternative deal vehicles, of which the carve-out is becoming king, accounting for 10% of all M&A activity globally.

Carve-outs can offer lower multiples and higher gains. But buyers beware: The downside of that greater upside is an inherently complex deal that can puzzle even serial acquirers.

That’s because the carve-out’s complexities occur in the periphery. Capturing its advantages requires the PE investor to look beyond pro-forma financials, which are an imperfect reflection of the business. They don’t capture what’s missing (a lack of stand-alone finance, HR, IT and other important business functions). Nor do they capture what is likely to change (the cost advantages, pricing policies, and strategies that have always operated within the context of the broader business).

Because so many of the variables for carve-out success fall outside the center of the sponsor’s visual field, the absence of expertise brings with it an onslaught of pitfalls – the most concerning tend to fall into three categories:

The carve-out requires private equity to think and prepare differently for due diligence and post-deal execution. It requires a focus on peripheral factors beyond the traditional deal complexities. While the path to carve-out success is littered with pitfalls, PE should also remember the long-ball payoff that comes with proper preparation.