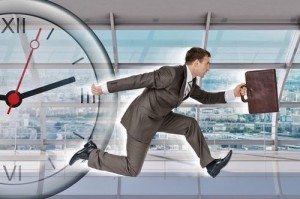 A special purpose acquisition company, or SPAC, is a publicly traded shell company created to purchase an unidentified future target. Long popular in the United States, this novel way to finance an M&A transaction has recently broken ground in Canadian IPO markets.

So far, the Canadian variety is modeled closely after the American SPAC. They share a number of investor-friendly characteristics; among them, a defined timeline to source an acquisition. The future of SPACs in Canada, including the success its early adopters will have in investing about $1 billion of raised capital, is a trend being followed closely by market players.

How does a SPAC work?

A SPAC raises capital through an IPO. Proceeds are placed in escrow to fund the future acquisition of one or several businesses (i.e., a qualifying acquisition). At the IPO stage, the SPAC has no revenue, assets or operating history; it is, however, sponsored by founders who possess the knowledge and networks relevant to sourcing a quality deal. It is on the strength of the founders’ expertise that investors are often willing to commit money to a SPAC.

Units offered to investors typically comprise one share and a half purchase warrant exercisable at a premium to the IPO unit price following the close of a qualifying acquisition.

If the deal is not done by the set date (typically 21 to 24 months after the IPO’s launch), the SPAC is liquidated and escrowed proceeds are distributed to investors. The founders, who normally hold a 20 percent equity stake in the SPAC, cannot participate in the liquidation and will instead lose their initial investment.

A qualifying acquisition cannot be done without the majority approval of shareholders. In practice, founders are entitled to vote their equity stake on a proposed acquisition, which facilitates meeting the approval requirement.

Investors may also exercise conversion rights, entitling them to receive their pro rata portion of escrowed proceeds, regardless of whether and how they vote on a proposed deal. Current practice limits the exercise of these conversion rights by prohibiting a SPAC shareholder and its affiliates from converting more than 15 percent of the number of SPAC shares issued and outstanding following the IPO’s close.

Newer American SPACs dispense with the shareholder approval requirement, which removes some of the uncertainty. Investors are instead given the right to have their interest redeemed for cash without a vote (unless required by law or stock exchange rules). In addition, the federal JOBS Act has made it simpler and more cost-effective for SPACs to go public in the United States by reducing some public reporting requirements.

SPACs are meant to provide an opportunity for the public to invest in businesses that normally attract investment from private equity firms. This is done with the benefit of significant investor protections. These protections include the right to vote on the qualifying acquisition, and the ability to exercise conversion rights or recover pro rata portions of the escrowed fund if the SPAC fails to close a deal within the set timeline.

For target businesses, the SPAC presents an alternative to a traditional IPO for accessing capital markets. The seller can cash out with the possibility of retaining an equity stake in a publicly traded vehicle that has access to a potentially strong and reputable board of directors and management team.

What makes a SPAC successful?

The key driver in a SPAC IPO’s success is the expertise of the founders. Founders of SPACs generally have more latitude to consider opportunities than traditional private equity firms, which operate with some investment restrictions. SPACs that have gone public have often allowed founders to focus on the target, geography and sector of their choice. As the Canadian SPAC market matures, however, we expect to see SPACs develop clearly defined deal parameters.

Founders face a relatively short deadline in which to source a quality target in a competitive environment, and then seek investors’ approval and consummate the deal. It may also be challenging for SPACs to compete in hot auctions against other buyers who don’t share their limitations.

Success will also depend on the extent to which investors exercise conversion rights. The withdrawal by some dissenting shareholders when an acquisition is proposed may influence the funds available to close the deal. This may require the SPAC to raise additional financing, which adds another layer of complexity and timing to the process. While a proposed acquisition will also be conditioned on conversion rights not being exercised beyond a set threshold, uncertainty about shareholder responses contributes to risk.

American SPACs have recently introduced a number of workarounds to address conversion risk. For example, founder-affiliated parties and others have made investments in a SPAC prior to a deal’s closing, or have committed to do so in the event of a capital shortfall. This has helped secure SPAC cash levels, while also demonstrating investors’ confidence in a proposed acquisition. SPACs have also raised capital through private placement offerings timed simultaneously with a deal’s closing.

A successful SPAC has the potential to create significant gains for founders with a 20 percent stake in the post-acquisition vehicle. In the United States, these potential gains have been reduced as part of the agreement reached to close a qualifying acquisition. It remains to be seen whether this may also happen in Canada as its SPAC market evolves.

TSX framework rules require that SPACs complete a qualifying acquisition within 36 months of their IPO, though all recent Canadian SPACs have been structured to wrap up deals within a more competitive 21 to 24 months (unless shareholders and the TSX approve an extension to 36 months).

Canadian SPAC IPOs launched this year have drawn interest from both Canadian and U.S. institutional investors. To date, retail investors in Canada have not participated in them to the extent they have in the United States.

A key strength of recently launched Canadian SPACs is their founders, which include some of the market’s most experienced and successful business and financial professionals. They are expected to bring vast networks and a wide spectrum of acquisition opportunities to their SPACs.

Is the Canadian SPAC here to stay?

Like other IPOs, SPACs are subject to market conditions. Their emergence in Canada comes at a time when investors are looking for new ways to commit capital. Investors seeking to engage in a Canadian SPAC should view the opportunity in the context of broader market trends. They should also understand that a SPAC’s ultimate success will be measured in a few years’ time, when the race to beat the clock and close a qualifying acquisition is determined.

The original version of this story is found in Torys LLP’s M&A Top Trends 2016 report.

John Emanoilidis, a Torys’ partner and co-head of its M&A practice, wrote this article in collaboration with Rima Ramchandani, a partner and co-head of the firm’s capital markets practice, and Mile Kurta, a partner in the capital markets practice. Emanoilidis and Ramchandani are based in Toronto, while Kurta is based in New York.