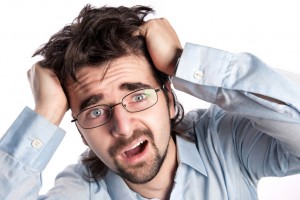 The word out of Washington is this: This time the politicians will agree to a comprehensive budget and tax package. This time they’ll put aside their bickering and come to a compromise. The skeptics, realists or the Chicken Littles among us all ask – what if they don’t? What if the federal budget goes over this fiscal cliff, even in part or for only a short time? For private equity professionals looking to deploy or recover capital, the existence of the questions is the problem. Everyone wonders and no one knows.

If nothing at all happens, it’s clear the changes to federal tax rates or spending that are legislated to come into effect. The Bush tax cuts will expire, as will the Obama 2% reduction in payroll taxes, and approximately 26 million additional Americans will be subject to AMT. At the same time, there will be a $55 billion reduction to the Pentagon’s budget in 2013, a reduction of payments to physicians participating in Medicare, substantial cuts to the budgets of FEMA and the Dept. of Education, as well as a number of significant other reductions across other federal expenditures. No compromise will produce a negative short term impact on the economy from the decline in government spending. Increased taxes will also reduce the capacity for consumer spending. Beyond these simple points, economists, policy experts and pundits have real questions and disagreements about timing of effects, magnitude of impacts and long term outcomes on micro and macro levels, and on different industries and sectors of the economy.

First, the decrease in federal spending will slow economic activity. It is not clear whether this will happen quickly, or whether there will be some delay or executive discretion as to how and when the spending cuts will be implemented. The mandatory spending reductions are not simply across the board but will disproportionately hit certain federal expenditures. Defense will be seriously impacted. It’s not clear what the exact impact will be on January 2nd, on September 30th or three years from now. Also, it is not known whether the effect will largely be limited to the defense industry or ripple widely through the economy. If so, how? Which industries, which companies will be best positioned? Picking winners and losers is never easy; such uncertainty would only make it all the more difficult.

The change in personal tax rates is not expected to be beneficial, particularly the increase in capital gains rates. In M&A, many current sellers are being motivated to sell so as to recognize their capital gains in 2012. That current acceleration of sales will result in lower deal volume in 2013. Increased cap gains rates will also reduce the net proceeds from most sales, which will require higher sale prices to generate the same net returns or require sellers to accept lower net returns. Some sellers may be able to command higher prices with some buyers willing and able to pay it. Some sellers will accept a lower net return. At least on the margin, higher capital gains and lower net returns will, all things being equal, means fewer deals in 2013.

Within the private equity industry, there may be some solace that the plunge over the cliff would not be accompanied by a change in the taxation of carried interest. However, the question remains if that should be long term comfort. Taking a trip over the cliff’s edge will not obviate the motivation for additional sources of tax revenue or the tendency of some to look at the treatment of carried interest as a tempting target. This is just another aspect of the uncertainty resulting from the approaching fiscal cliff that is affecting the private equity industry.

Private equity professionals are entrusted with investors’ equity to appraise risk and generate an appropriate return for that risk. Private equity executives will have a hard time determining the risk in 2013. The impact of the federal government in the economy, the magnitude of changes otherwise scheduled to begin January 1, 2013, implementation of those changes and disagreement as to their effects, plus the possibility that any or all of them could be modified in the near or long term, makes the appraisal of risk and the quantifying of appropriate return very difficult. And when buyers and sellers are not confident in their ability to make a decision, the outcome is often to do nothing.

The alternatives politicians are considering can be argued to have better or worse effects on the private equity community and the deal market. The one uniformly negative alternative would be to not do something. If Washington cannot make a choice or merely pushes the cliff further down the road, the continuing uncertainty frustrates the ability to pick any winners and losers – and that is a loser for the deal market.

Andrew McCune is a partner at McDermott Will & Emery. He focuses on private equity, corporate transactions, corporate financings and securities matters. He can be reached at amccune@mwe.com.