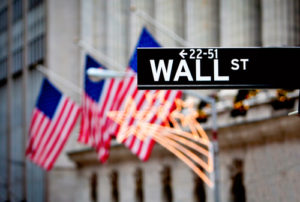 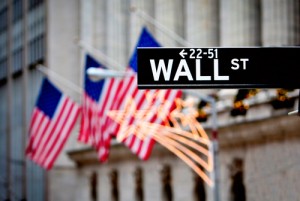 It’s human nature to assume that bigger is better, but that isn’t necessarily the case when venture capital-backed companies choose lead underwriters for their initial public offerings.

Oakland Athletics General Manager Billy Beane, the subject of Moneyball: The Art of Winning an Unfair Game, recognized that star players were often overvalued and didn’t produce results consistent with their all-star status.

The perceived star players in this case have an oligopoly on taking venture capital-backed companies public. From January 1, 2010, through June 30, 2013, three investment banks – Morgan Stanley, Goldman Sachs and JP Morgan Chase – served as the bookrunners on 59% of all completed venture-backed IPOs (42%, if all 499 IPOs are included). Add in Credit Suisse and Bank of America Merrill Lynch, and the top five underwriters handled 73% of all venture-backed IPOs during this three-and-a-half year period.

While these large “bulge bracket” investment banks have increased their control of the IPO underwriting market, there has been a steady 20-year drop in the number of successful IPOs. As recently as 1993, more than half of U.S. IPOs were successful. Today, only about 25% of IPOs are successful, which is defined as a deal priced within 365 days of its filing, priced within its filing range and trading at or above its IPO price 30 days after the offering.

Would these companies with unsuccessful IPOs have achieved better results with the inclusion of a non-bulge bracket firm as a joint bookrunner? Research suggests they would have.

One reason is that the bulge bracket banks focus on large-cap stocks because that’s where the commission dollars are. Yet most venture capital-backed companies that go public are typically small-cap stocks at the time of their IPOs. Since January 1, 2010, the median market capitalization of a venture capital-backed IPO has been $370 million – in other words, small-cap.  Therein lies the fundamental disconnect.

When bulge bracket firms are lead underwriters, they allocate stock to large institutional investors who are their largest commission-generating clients. These investors usually are not natural holders of stocks with market caps under $1 billion, let alone $370 million. They typically hope for a first day “pop” and then flip the stock.  No wonder there is such high volume of first day of trading.

Neither the institutional sales forces of bulge bracket firms nor their large-cap focused, institutional clients have incentive to spend the time to learn the issuer’s story. The stock is likely to be a transitory, short-term holding in their portfolios.

In spite of these drawbacks, venture capital firms and the companies they sponsor instinctively gravitate toward the bulge bracket banks based on two related factors:  prestige and analyst reputation.  In other words, VCs seek to buy “all-star” analyst coverage.  But the top analysts, such as those chosen as all-stars by Institutional Investor, earn their status by receiving votes from the largest buy-side institutions, which typically invest in the largest cap, most liquid stocks.

Choosing a bulge bracket firm as lead underwriter doesn’t guarantee the depth or scope of the research coverage that its analysts provide. For example, coverage may be superficial, with no detailed earnings models, or it may be assigned to a junior analyst.  It’s no wonder since the opportunity cost for an all-star analyst to forego coverage of an existing large client in favor of covering a new small-cap IPO is high. Remarkably, in some cases there is no research coverage at all.

In our research of the 148 venture capital-backed IPOs of the past 3½ years with bulge bracket firms as lead underwriters, there was a 29% chance the firm would either not initiate analyst coverage within 90 days or would drop coverage, on average after eight quarters.

Given the prospect for research coverage that may fall short of expectations, as well as the size misalignment between the market cap of a venture-backed IPO and the focus of the large institutional investors served by bulge bracket investment banks, many companies are forced to conduct time-intensive, post-IPO non-deal roadshows to complete a second distribution of their stock to long-term, fundamental investors.

By contrast, many non-bulge bracket investment banks have analysts that predominantly cover small-cap stocks and sales teams that focus on the small-cap institutional investors who are natural buyers and holders of venture-backed IPOs. But these firms rarely act as IPO bookrunners. Instead, they are often relegated to token roles as “co-managers,” with little opportunity to either add value or earn a meaningful slice of the underwriting fee.

The sales forces of non-bulge bracket firms actively cover a different segment of the institutional investor account universe. Their client rosters include a core nucleus of smaller, position-building, long-term holding, low-turnover, low-commission-paying investors.  In other words, the non-bulge bracket co-manager introduces the issuer to exactly the type of accounts that it should have had one-on-one meetings with during an IPO road show, and which may have received token allocations, if any, during the IPO.

A better, more rational approach for venture capital-backed companies would be to include non-bulge bracket firms as bookrunners, rather than just as co-managers, when selecting underwriters for their IPOs.

Timothy J. Keating is the founder and president of Keating Investments, LLC.  He can be reached at tk@keatinginvestments.com.