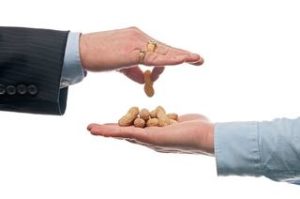 I find it something of a surreal situation when I write about the low pay of public pension limited partners. After all, as little as they make relative to the private sector, it’s still likely more than I’ll ever make as a frumpy journalist.

It’s a weird argument to go into, yet one that has to be made. Because the fact is, private equity LPs in public systems are – in many places – drastically underpaid. They are underpaid relative to what they could be making in the private sector and they are underpaid in proportion to the amount of capital they usually have to manage, which totals in the billions of dollars at many systems.

The problem is this: Public pension investment officers manage the money of cops, firefighters, teachers, judges and other public employees. Their job is to ensure these workers enjoy a stable retirement. Part of the way they achieve the investment return necessary to meet obligations to retirees is through alternative investments such as private equity. (Whether public pensions should assume the risk and high fees of alternatives is a separate issue that we’ll leave for another time.)

Assuming a strong-performing private equity program helps drive a public system to its target return, it is an integral part of ensuring retirement security for millions of public workers.

A strong private equity program is one that needs to be constructed over a matter of years, not months. It takes a long time to ride out private equity investments and figure out if certain strategies are working. When public pension LPs last only a few years and then move on to better paying jobs, programs can be left in limbo, changed in mid-flight, given more or less focus – any number of shifts that are not consistent with maintaining a steady allocation to the asset class.

When major private equity talent leaves public systems, the systems lose institutional memory – the people who know which managers to chase, which ones to avoid, and which ones tried to screw their LPs with hidden fees 12 years ago that everybody forgot about because performance was solid.

These are the little things that veterans know, and the newbies – or those recruited from the lower ranks inside systems – have to learn on the fly. That learning period can take a bite out of a program’s potential.

This is a big problem and not one that seems to be solvable any time soon. Especially at certain programs.
Take New York City’s retirement system, a $150 billion pension system made up of five separate pension funds, each with its own board of trustees. The system’s private equity program has been hammered in the last few years by turnover.

Barry Miller was the last private equity chief and he lasted just over two years, working under CIO Larry Schloss, who left after about three years. Schloss and Miller guided the system into an almost $1 billion sale of its private equity portfolio on the secondary market in an effort to consolidate the number of relationships in the portfolio. Schloss also pushed for the expansion of the program’s focus to include European private equity.

So what’s the answer? Schloss’s answer was to bring more investment management in-house and pay investment staffers more money: take the costs from external advisors and give to internal investment talent. In this situation, salaries might have been structured closer to the private sector, but the idea faced a political backlash and never happened. It’s hard to believe any kind of innovation is possible in a pension system whose employees work in what has been described to me as “a dungeon” and “a dump.”

For the good of retirees, something should change. Quickly.