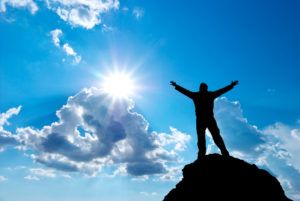 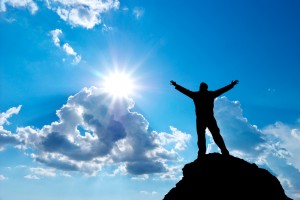 When it received its very first financing round in 2012, the company was not a startup. In fact, Desire2Learn had already been in operation for close to 14 years. It was also growing at a good clip long before it made the decision to partner with venture capital firms.

Since then Desire2Learn has stayed in the headlines, completing two strategic acquisitions in the first three months of this year. In January it bought Degree Compass, a predictive analytics technology developed at Austin Peay State University in Tennessee, while in March the company picked up Boston-based Wiggio, a provider of group learning tools. 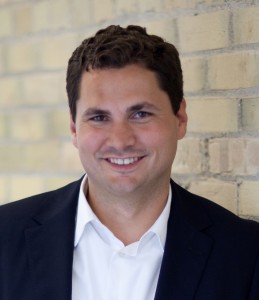 Desire2Learn was founded in 1999 by company president and CEO John Baker while he was studying systems design engineering at the University of Waterloo. In a conversation with peHUB Canada, Baker recalled the first years of Desire2Learn’s growth as being the toughest: “In those days, there weren’t a lot of incubators or accelerators available to entrepreneurs and startups,” he said. “We were pretty much on our own.”

But the company persevered, driven by Baker’s ambition to “change the way the world learns.” In this period, Desire2Learn developed its interactive enterprise learning platform and formed a core customer base of mostly colleges and universities.

Funding of this activity was, said Baker, “100% bootstrapped.” Bootstrap funds were also utilized to help the company fight a costly lawsuit for patent infringement launched in 2006 by competitor Blackboard Inc. (acquired by Providence Equity Partners in 2011). Desire2Learn eventually won that fight on appeal in 2009.

By 2005 Desire2Learn showed a five-year 2,117% increase in revenue, a growth rate that earned the company a spot on Deloitte‘s Technology Fast 50 in 2006. Desire2Learn continued to be one of the fastest-growing technology companies in Canada in subsequent years. Not too shabby for a self-funded organization.

It was around this time that Baker began to receive funding proposals from venture capital firms and other external investors. Ironically, he said, this occurred chiefly as a result of the stature Desire2Learn attained from being sued by Blackboard. “Under the circumstances, people figured we must have something valuable to offer,” he said.

Baker finally took the plunge into the venture world in 2012 because he felt NEA and OMERS shared his company’s values. The new partners could also provide, in his words, the “long-term horizon, expertise and advice” needed by Desire2Learn to push deeper into global markets.

OMERS Ventures’ partner Howard Gwin agrees with this assessment. He describes Baker as a “change agent” who has gotten as far as he has through sheer ingenuity. Gwin also regards Desire2Learn’s existing growth strategy as a highly effective one. For this reason, Gwin characterized the company’s relationship with NEA and OMERS as “combining a tremendous entrepreneurial lever with new contacts and a very significant tranche.”

Gwin’s experience includes working for U.S.-based venture capital firm Bridgescale Partners and serving as president of Toronto’s Solect Technology Group, which was sold to Amdocs Inc. in 2000 for US$1.2 billion. Gwin said in all of his experience he has never been around “anything like” Desire2Learn.

Gwin says Desire2Learn has gained traction among educators by promoting student retention through more engaged academic learning environments. This principle also applies to employee skills training, an area Baker has targeted for further expansion. At present, 80% of the company’s clients are educational institutions and 20% are corporations, though Baker points out that Desire2Learn is now making inroads in the Fortune 1000.

Eight months on, the partnership forged by Desire2Learn with NEA and OMERS is “living up to its promise,” said Baker.

He said one of the key things the investors bring to the table is networks. From these the company derives multiple benefits, including quality hires. By “pumping the networks” in Silicon Valley and other innovation hubs, Gwin and his colleagues are recruiting new talent and bolstering Desire2Learn’s management team. The company’s current execs include such notables as Dennis Kavelman, formerly of Blackberry, and Brandon Nussey, formerly of Descartes Systems.

Since last year, Desire2Learn’s headcount has soared 150% to about 750, Baker notes. The company currently serves 750 customers and over 10 million learners from offices in Canada, the United States, Europe, Australia, Brazil and Singapore.

Photo of man on a mountain courtesy of  ShutterStock.