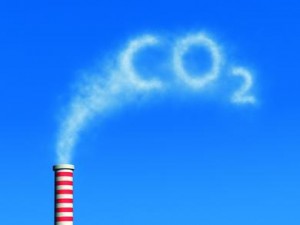 Fears over global warming are reaching boiling point and the cleantech market has opened to such an extent that it has gone from minority interest to mainstream sector within the space of three years.

The drive to lower carbon emissions by governments across the globe has led to a whole host of companies pledging to reduce their carbon footprint, and a slew of carbon-cutting technologies are arriving to meet this growing need.

Without the adoption of such technologies and the reduction of carbon emissions, it is estimated that temperatures could rise in the range of 1.4 to 5.8 Celsius by 2100 if current trends remain unchecked, leading to extreme weather conditions. As a result the UK and other EU countries are committed to a 60% reduction in carbon emissions by 2050.

To assist in meeting this target, the UK Government set-up the Carbon Trust in 2001 to accelerate the transition to a low carbon economy by working with businesses to reduce carbon emissions and develop commercial low carbon technologies. One way of achieving this is through investment, and the Carbon Trust has a five-strong team with £25m under management dedicated to backing UK developers of carbon-cutting technology. Its most recent deal came in February when it backed Whitfield Solar, a developer of low-cost solar concentrator technology, co-investing with renewables specialist Kilsby to the tune of £1m.

It’s a policy of CT Investments to co-invest with other VCs, and has worked alongside the likes of 3i, Scottish Equity Partners and Oxford Capital Partners. Adam Workman, a partner at the fund management company, says there are three factors which make them attractive co-investors: “We have the assistance and the name of the Carbon Trust behind us, we have dedicated resources which give us technological expertise and an ability to assess the market, and we have our own deal flow. Yes we get approached by businesses looking for capital and we have a relationship with incubators, but mostly we generate our own pipeline.”

Deal flow is Workman’s one worry, particularly as new entrants come to market – The Carbon Trust was forced to pull a planned listing of a £75m VC fund in October 2006 due to investor reluctance. “There is still a need for investors to work together. Deal flow needs to increase, and my issue is that there aren’t enough deals for the number of new funds being raised. Yes there is a wall of capital but is there a wall of deals? A lot of the later stage guys are already concerned about the lack of deals out there, and one of the things we can do is backing early stage technology to create later stage deal flow.”

One of the new entrants in the carbon reduction space is Low Carbon Accelerator, a closed-ended investment company, which listed on AIM in October 2006, raising £44.5m. Mark Shorrock, CEO of the firm, said: “The demand for low carbon products and services worldwide is growing rapidly and our ability to identify high growth companies in the low carbon sector has proved attractive to investors. We are confident that we can deliver on our business plan and help accelerate the development of the low carbon economy, so as to decelerate climate change.”

The nine-strong investment team has completed three deals already this year: a £2.5m investment in Classical Renaissance España, a sustainable house developer in Spain; a £320,000 commitment to QuantaSol, a solar power specialist; and a £800,000 investment in Lumenergi, a developer of energy-efficient lighting technology.

Joining Low Carbon Accelerator on the roster is Ludgate Environmental. It raised £26.7m when it floated in August 2007, and has a later stage focus compared to some of the other firms in the space, targeting companies at the expansion capital or pre-IPO stage. Geographically it concentrates on the UK, Continental Europe, Israel and Australia.

A comparative veteran of the cleantech space is Impax. Impax is a finance house that invests in companies that develop cleaner or more efficient delivery of basic services of energy, water and waste. It’s a multi-asset management firm with a number of types of funds under management, including a €125m private equity infrastructure fund and a £60m venture capital one. The VC fund invests in pre-IPO companies using money the firm has raised through its listed funds.

The London-headquartered business currently has seven investments in its VC portfolio. Nigel Taunt, Impax’s director of VC Investments, said: “Impax invests in later stage venture capital, fitting comfortably alongside our portfolios of environmental companies operating in public markets. They need to be candidates for flotation, a qualitative judgement that means we believe they could IPO within two years. We are now looking to commit at least £3m into each new investment, leaving headroom for follow-on support when required.”

Similar to other areas of venture capital, the presence of many funds in the market does not translate into fierce competition, as Jonathan Fogg, investment VC manager of Impax, explains: “We see other venture capital investors as potential partners, not as competitors. We hope that others will welcome us as co-investors because Impax can help build an investor book and groom companies for public markets. We’re long-term investors, so an IPO can be a staging post along the way, not an automatic endgame.”