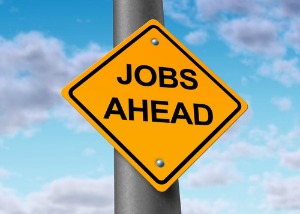 The doing away with the general solicitation ban, tethered to the increased threshold for LPs, could be the magic elixir for so many LBO shops thirsting for a new fund. And, if President Obama should succeed in increasing the capital gains tax rate for private equity firms, it would also be a boon for the federal government.

The opportunity to solicit contributions from a much broader base of investors still must be seized by middle market PE firms, however—recently, the Hub spoke with one would-be LBO shop seeking to secure capital for a fund less than $100 million, which told us it would only take contributions of $1 million or more. Survivalists in the space will need to lower their expectations—or, not survive.

Speaking at Buyouts Chicago, Ian Schwartz, a partner with Fried, Frank Harris, Shriver & Jacobson LLP, noted Rule 12G in the JOBS Act substantially increases the number of investors middle market (and, just to be clear, all private equity firms) can include in their fund. Now, up to 2,000 accredited investors, meaning individuals with $1 million or entities worth $5 million, can buy in for private equity.

When you factor in the squeeze being put on the general solicitation ban, private equity firms will be able to access a broader range of investors, potentially even delivering LBO fund pitches to small Mom & Pop-sized audiences—provided they’ve got an in with the financial advisor who’s got the group’s ear.

But the biggest difference pre- and post-JOBS will come—at least for middle market private equity firms—by hitching these two concepts together. Can you picture Henry Kravis pitching a financial advisor’s clientele, worth maybe $5 million in aggregate to the fund, complete with boxes of coffee and stale doughnuts awaiting him and his marketing team? Me neither.

Possibly contrary to the expectations of President Obama’s advisors (and, certainly, campaign strategists), the act has created a golden window of opportunity for PE. Also speaking alongside Schwartz was Christian McGrath of GTCR, who—while noting the cost of going public, and subsequent compliance, is still high—also acknowledged that private equity, including GTCR, will leap at the opportunity to prep more IPOs more privately. Because these PE-backed companies have longer tails in terms of revenue, they (unlike the Groupons of the world) are a lot more deserving of the privacy.

Just so long as private equity can make the most of the opportunity it has been afforded in the near term, some of the PE firms that can push the most companies public can also take advantage of that good press, and the relaxed general solicitation rules, to aggressively shed portfolio companies. Now, all we need is for the SEC to get their rears in gear.