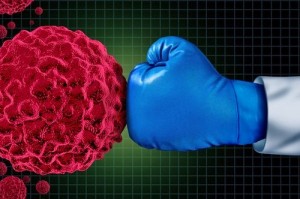 The Oncology Institute is merging with a SPAC sponsored by Deerfield Management and veteran healthcare executive Richard Barasch – underscoring the arrival of a new kind of value-based care company looking to revolutionize the way cancer care is delivered and paid for.

The last few years have produced a number of illustrious transactions involving value-based primary care. Activity has only accelerated through covid, with such assets gaining even more traction amid the proliferation of SPACs and a receptive IPO market.

But TOI, backed by Havencrest Capital Management, ROCA Partners and M33 Growth, is arguably the first of its kind. The SPAC transaction – assigning the combined company an enterprise value of approximately $842 million – could spark a wave of new investment around value-based specialty healthcare groups, PE Hub sources predict.

“To me, there’s going to be three waves of value-based care,” Brad Hively, who joined TOI as CEO in late 2019 after spending years in private equity, told PE Hub. “Primary care has led it; that’s the first wave. The second wave we’ve kicked off with specialty value-based care. The facilities will be the third to come onboard.”

But as Hively sees it, “it’s better if the specialists themselves are the value-based providers.”

At the same time, TOI is a direct beneficiary of the broader growth in value-based care.

“What’s incredibly interesting is the growth of primary care is accelerating the growth of TOI,” said Richard Barasch, who previously led Universal American Corp as CEO through its 2017 sale to WellCare. Risk-taking primary care groups are interested in programs like TOI’s – involving both value-based care and value-based drug buying – to mitigate risk on various specialties, he said. “Given all the capital that’s going into primary care, this is an obvious outgrowth.”

Ravi Sarin, who led the transaction for ROCA, also sees more primary care groups looking for partners in markets where it is very difficult to control spending – cancer care being one of those.

“How do the primary care risk-based groups drive the lower cost outcomes that they are targeting? A part of the way they do that is by identifying specialty providers that can lead to both high-quality outcomes and lower costs,” Sarin, a partner at the firm, said. “TOI is the natural partner in oncology.”

As Christopher W. Kersey, founding managing partner of Havencrest, sees it, value-based care will fall short if only the primary care doctors are included.

“To realize the full potential of value-based care, we need the entire healthcare delivery system involved, with specialties like oncology playing a key role,” Kersey told PE Hub. “This is what’s so important about TOI emerging as a public company. I hope TOI will serve as an example for other specialty physician groups to work faster to develop value-based capabilities.”

Havencrest is the largest of TOI’s current three PE backers, with its pre-closing fully diluted ownership approximately 23.6 percent. The current equity holders of TOI will collectively own 48 percent, the announcement said, assuming no redemptions.

For Barasch, TOI marks the executive’s third SPAC alongside Deerfield, following CareMax and AdaptHealth – the latter which was done in mid-2019 before the capital instrument’s popularity took off. Of course, the SPAC sponsors know the market well through CareMax, a value-based provider for senior care, and a deal Barasch acknowledged provided “a good lens” into TOI.

CareMax joins a growing list – Cano Health, Oak Street Health, Agilon, One Medical and Iora Health (the latter which One Medical recently agreed to buy for $2.1 billion) – that continue to make headlines in value-based primary care.

There is a reason primary care has been the first mover: these groups are not well reimbursed under fee-for-service models, Hively explained.

“When primary care doctors move to value-based care, their reimbursement can improve and they have more resources to manage their patients, so everybody wins,” the CEO said.

“For specialists, fee-for-service works really well. They don’t have the same incentives to move to value-based care and that’s why primary care has led the shift, and specialists have lagged.”

Founded in 2007, TOI from the onset was built with a value-based oncology care model whereby TOI partners with payors under risk-based contracts to create high-quality outcomes for patients and savings for both payors and patients. In contrast, most oncology practices only have the traditional fee-for-service model for reimbursement, which incentivizes higher volume of high-cost therapies.

Consequently, the status quo model is really what the practices rely on for income, Sarin explained.

“TOI pioneered many of these value-based oncology contract relationships with the payors, and developed the technology-enabled care pathways to deliver high quality value-based care,” Sarin said. “It would be challenging for a group that is historically fee-for-service to pivot to a value-based care model – structurally, financially and culturally.”

Oncology, specifically, is a logical next stop to focus on when it comes to value-based care. It’s a $200 billion industry in the US, growing at 15 percent a year.

For most health plans, oncology is one of the three most expensive specialties, alongside cardiology and ophthalmology, but oncology is growing faster. Those markets, among others like orthopedics and nephrology, are specialties where Hively expects to see effort and investment to replicate TOI’s value-based model.

“If oncology keeps growing at this rate, it won’t be long until it’s the most expensive specialty for all insurance companies.”

A big part of value-based oncology is symptom control, which involves treating the side effects of chemotherapy, like dehydration, nausea and pain, Hively and Kersey pointed out.

“If we can control these symptoms, patients will feel well enough to get their treatment, and that’s what gives them the best chance of beating their disease,” Hively said. “We don’t want patients missing their appointments because they’re stuck in the emergency room getting fluids. Good symptom control also helps reduce financial toxicity for our patients, because they avoid unnecessary hospital visits and the expensive co-pays that come along with that.”

Oncology is a clinical specialty with a tremendous amount of variability in how it is practiced, added Kersey, who said that “developing evidenced-based care pathways ensures that every patient gets the optimal treatment.”

TOI to date has grown through organic growth initiatives – and that will remain its primary driver – with the opening of new offices and expansion of partnerships with payers and TPAs.

“TOI has a head-start on the rest of the oncology industry, and we will use this money to capitalize on our first-mover advantage,” Kersey said. “Above all, we want to keep innovating and improving upon our care model.”

TOI expects to have an initial market capitalization of approximately $1.06 billion, with approximately $225 million of cash on the balance sheet. The deal is supported by a fully committed PIPE of $275 million from investors including Fidelity, Deerfield and Redmile.

“This enables us to continue our organic growth strategy but also acquire physician practices that have alignment around value-based care and want to bring our model to their patients in both existing markets and new markets,” Sarin said.

TIO, with its roots in California, will look to expand nationwide – prioritizing markets with the highest-cost oncology care, and therefore greatest need. “That’s what drove us into Florida,” and soon, Texas, Sarin said.

Havencrest, Roca and M33 jointly invested in TOI in late 2018, but Sarin’s relationship with Hively dates back to 2010.

Hively, whose career in private equity began in 2004 at TA Associates, reassumed his position as a strategic adviser at RLH Equity in 2019, having been an investment professional for three years. Before that, Hively from 2009 to 2014 was SVP at Heritage Provider Network, one of the largest and most progressive physician groups in the country. It was during that time Hively got to know and work with TOI, as well as ROCA’s Sarin.

“We had collaborated for many years around value-based care opportunities,” Sarin said.

TOI not long ago emerged as a perfect SPAC candidate and received a lot of unsolicited acquisition interest from both PE firms and payers, but, Sarin said, “we didn’t seriously consider any of those inbounds. There’s just so much runway here given where we are today versus the opportunity ahead.”

The SPAC route was attractive because it allows TOI to remain autonomous, the investors said. At the same time, Hively, Sarin and Kersey were all particularly enthused by one element of the deal: the involvement of Deerfield, a proven SPAC sponsor, and Barasch, a veteran healthcare executive.

Deerfield’s success in prior SPAC transactions, meanwhile, gave it the credibility to be picky.

“When we got Adapt done, all of the sudden we became a sponsor that had a track record and we were kind of on everybody’s list,” Barasch said. “That gave us the ability to be selective in the companies we worked with.”

The concept of the SPAC is going to survive, Barasch believes, “but successful SPACs will have SPAC sponsors who are experienced, know what it takes to get good transactions done, and higher quality companies.”