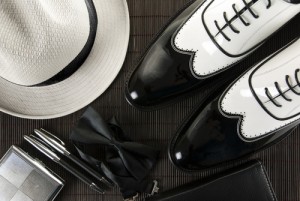 When people combine the words “Silicon Valley” with “mafia,” usually the company “PayPal” follows soon after. But there’s another super-connected group whose influence is growing within certain ecosystems of startups: professional recruiters who are working more closely than ever with VCs, including as in-house partners.

Kleiner Perkins Caufield & Byers may have kicked off the trend in 2008 when it quietly hired Jordan Ormont, a former principal at the executive recruiting firm Howard Fischer Associates. Two years later, as one of its first big hires, Andreessen Horowitz named executive recruiter Jeff Stump a partner.

Not to be outdone, Greylock Partners hired longtime head hunter Jeff Markowitz as a Talent Partner in 2011. Greylock also hired as a “VP of Executive Talent” Peter Clarke, another professional recruiter. But in a twist that will surprise no one who follows venture capital firms, Clarke was recruited away from Greylock in May by Accel Partners.

As it happens, Clarke, Markowitz, Ormont and Stump all cut their teeth at Howard Fischer.

Yesterday, I sat down with recruiter Joe Riggione, another former Howard Fischer principal whose clients include top venture firms. Now managing director at True Capital, a 30-person executive recruiting firm that Riggione co-founded last year, he was nice enough to share what he’s seeing. Our conversation has been edited for length.

Q: Why are venture firms gobbling up all of your old colleagues?

A: To be competitive in deals, what venture firms are doing now is saying, ‘We need to bring talent to the table.’ So the [in-house recruiters] aren’t doing search work. They’re still farming out the search work to search firms. But they want to know every great executive out there, so they can then make strategic introductions, because that’s oftentimes how they win a deal. They want to know who the up-and-comers are.

Q: So your job is less about producing job candidates and more about making introductions?

A: It’s a strategic relationship that VCs are developing with us now, as opposed to a transactional relationship. For example, one of the top four firms in the Valley has us on a project where we’re mapping out the very top enterprise talent at the CEO and board level, as well as on the marketing and technical front. And they want us to make introductions to [those people] so they can make an introduction right away [if a situation requires it].

Q: You’re being paid monthly as consultants, then?

A: Yes, and if they do take that executive or add that person to an executive team, they [the venture firm will] pay us a fee.

Q: Is that a good, bad or neutral trend for recruiters?

A: It’s a positive for us. When I’m calling on behalf of a strategic investment firm, of course, the [people I’m calling] listen, so it’s a low-impact way for us to get to know the executive pool that we like to know.

Q: This week, Accel hired a data scientist to help its startups with recruiting. Thoughts?

A: It’s a real trend. Venture firms are trying to learn more about how hiring works. Last year, Andreessen Horowitz hired someone off Wall Street who was, in essence, a quantitative scientist, just as you saw Accel just do. It’s taking every nuance of every project across its entire portfolio and looking for trends, then using those trends to be more proactive in helping its portfolio companies to hire. (Riggione is referring to Louis Beryl, an associate at Morgan Stanley and Lehman Brothers until five years ago. –Ed.)

Q: What is the biggest pain point for operating companies right now?

A: The biggest pain point is at the director-and-below level. On the engineering front, the need for specialized individual contributors is extreme. And [more broadly speaking], while companies may be receiving thousands of resumes, they don’t have time to sift through all the noise to get to the good people.

A: Partly because of the competition, and the windows for success are smaller [because companies are raising less funding]. Before, it was, ‘Well, we can hire, and if someone doesn’t work out, we’ll just fire them.’ Now companies realize they have to give positions more scrutiny. Every hire is important.

Q: What’s the biggest pain point for you as a recruiter?

A: There are so many things, it’s hard to isolate just one or two. [Laughs.] The thing that remains hardest about our business is you have a lot of very good investors with tremendous track records who are under the impression that because they’re involved with a company that has some buzz, they should be able to attract whoever they want. The reality is that there are a handful of other great firms chasing after the same people, offering them equally compelling opportunities. One company told us recently that it wanted to ‘kiss some supermodels before getting married.’

It’s difficult when [there’s an unwillingness to believe that a certain person won’t take a job]. We’re out there every day. We know who is real and who’s not.