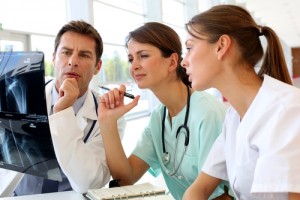 It’s not that the fund-size is necessarily big; your funds have been getting smaller and smaller from 800 million to vintage 2001 to 400 million for vintage 2009. But Venture isn’t about small funds (NEA does fine on 2.5Billion), it’s actually about large plays with low write-down and consistent management. Instead of getting into a shrinking cycle it’s better to figure what it will take to make the business work in this new era. Highland did miss the cross-border India play altogether and Matrix/Sequoia went for it and won big.

It’s not that dry powder is too large – US venture is woefully underfunded with 2.3 years of dry powder (again check the Assetstar report which puts Highlands strategy segment at 18% or 2.3 years of dry powder), given the incredible pessimism about it. There aren’t enough hits in the game, too many dirty tricks and there are too many zombie deals abandoned like unwanted pets because no one wanted to put in the effort. Innovation is dying because money is thrown indiscriminately in the un-thought of place, write-down is too high and when you leave enough visionary founders in writhing pain with hostile executive management impositions then the pipeline dries up pretty fast and the end product lacks the zing of passion.

It’s not that Highland didn’t see some of the big plays – Who can forget Sean Dalton and the In-Band UMTS 3G wireless evolution play? Well Sean, In-band UMTS did indeed happen. I certainly remember Highland’s wonderful franchise in medical technology, which just disappeared. They got consumer-retail, just not in the right country because Highland forgot that you needed GDP growth to make a retail play work. US-centric retail venture was never the way to go in the recent depressive past (even though I love Lululemon and I am a fan of Myra)– it was really global that mattered.

In fact, Highland’s turnover is high because it has no returns to share. Eventually if both 2-and-20 start whittling down, then there is nothing left to stay for someone who doesn’t really have a passion for the business.

Translated – cash is king and we aren’t seeing results in cash terms on the committed.

We don’t know for sure, but the doctors consulted each other and we have a diagnosis. We think the firm needs an “edge” again –the fund strategies are confused, trying to do too many things for too many industries on just $400 million

However, I believe in the Highland brand. This is what’s needed:

1. Put some focus back in the game – figure out what you do well and where the future is headed. VCs are long term plays, and like your health – you’ve got to do regular wellness checks.
2. Tell us what we should get excited about in your portfolio. Scrub it, secondary it and assess it for your LPs.
3. Benchmark yourself against your peers regularly and honestly. Benchmarking is like a regular wellness check and should not be avoided.

What works with Highland is the fact that it has been versatile, willing to go with different financing structures or less popular heavy lift industries like healthcare/medical devices; and that back in those days the VC stuck through multiple rounds and to an exit.

Usually, your doctor will tell you to “take two,” but just take the advice in this column—and, no need to call tomorrow morning (to give thanks).

Gitanjali M. Swamy, Ph.D., is Chairman and CEO of AARM Corp. Opinions expressed here are entirely her own.