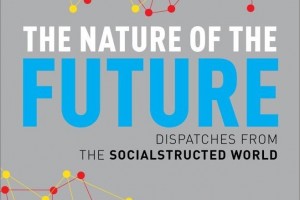 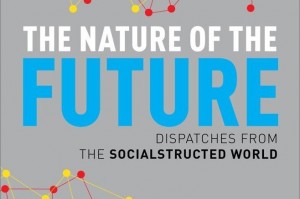 In recent years, we’ve seen it in publishing and venture capital among other things: Individuals are rising in power, as institutions seemingly become less relevant. Think of political blogger Andrew Sullivan, who left the world of big media in January to strike out on his own and who has since raised more than $600,000 from readers to support his new blog. Think of investors like Peter Thiel, whose personal stamp of approval is as strong as that of any Silicon Valley venture firm.

The trend will only become more pervasive, argues Marina Gorbis, executive director of the Palo Alto-based research group Institute for the Future, whose new book, The Nature of the Future, was released today by Simon and Schuster.

Gorbis would probably know. In her role at the organization – where renown futurist Paul Saffo spent 20 years – Gorbis is in a position to look at the “signals, people, projects, and technologies that may appear on the fringe, or even kind of weird” but that often foreshadow major transformations. And one of the strongest “signals” she has seen centers on “amplified individuals,” a number of whom she profiles in the book.

What does the term mean, exactly? I asked Gorbis yesterday. We also discussed the power such people wield, and the benefits and disadvantages of our gradual move away from more traditional organizations into what look a lot like ad hoc communities. Our conversation has been edited for length and clarity.

Your book addresses many ways that new technologies are being harnessed, but I found one of the most interesting to be this trend of self-organizing, which you argue goes far beyond hackathons and meet-ups and the like.

It really represents this larger trend where we created this whole architecture of distributed technologies over the past 40 years – these communications infrastructures – and now it seems like we’re redefining our social organizations around the same model. So what was centralized is being distributed.

And it’s happening everywhere, from finance, where you have Kickstarter and specialty platforms, to philanthropy. It started with the open software movement, then music and publishing became two of the first industries that were impacted. Wikipedia is probably the best [publishing] example, where it took one or two people to create a platform, then all these volunteers began contributing; there are still probably just around 100 employees, but the entries are in the millions.

What’s one of the biggest benefits of the trend?

Groups of people around the world now exchange all kinds of information about what they are collecting and why and it’s interesting because once you aggregate a lot of this data, you can see patterns and correlations.

You say in the book that the key to these groups are so-called amplified individuals, people who can take on many functions more efficiently and at lower cost than many institutions. Can you elaborate?

For example, at this [crowd-source health discovery platform] Genomera, you can suggest a clinical trial. Say you want to do a study about whether eating butter improves your math skills – which has actually been done. You can recruit people to the study and, at the end, you have a lot of data. But it’s not like these people have no expertise. There’s a biostatistician who is part of the community and [who can make sense of the data].

Much of this connectivity is happening online, which concerns plenty of sociologists. Is it a concern for you?

Some of it is huge online, but there’s also a huge person-to-person component. Here’s one data point: The use of social media has been on the rise, but people’s travel has been on the rise much more, which tells me that people are still meeting face to face. Hacker days, which are still physical events, are another way that people are connecting offline.  The same is true of [other] learning; you have these massive open online courses.  You also have things like [the Palo Alto-based community center] Hacker Dojo, which offers classes that maybe aren’t offered at universities, and you don’t need to have passed certain classes to participate. If you’re interested in synthetic biology, say, you can participate in whatever project they’re [hosting].

A Stanford academic remarked to me recently that expertise is being downgraded in this new world, that we’re sacrificing quality for speed. What do you make of that observation?

I’d say that in these networks, there are experts who are amplified by others. So you have a scientist working with accelerator data that he wants to apply to music, but he doesn’t have coding skills, so he connects with someone who does and it amplifies that person.

All the literature on collective intelligence suggests that the wisdom of crowds is better than that of one particular expert. So it’s not that there are no experts in these networks; their individual contributions just aren’t as visible; they get mixed and remixed with others’ [contributions].

A lot of those contributions are being made for no pay. Is there a danger in that? You note in your book that many of us contribute “short bursts,” from status updates to Flickr photos to healthcare information, because we either enjoy it or get information back or even status in return. Will we see a backlash, considering many of our contributions are enriching the companies that collect them?

Well, I don’t think we ever reach utopia. Every time we move to something new, a new set of challenges and issues has to be addressed, and the basic issue we’ll be grappling with for some time is that at their core, many of [the platforms we use today] are commons-based platforms. And commons and markets don’t coexist very well. The purpose of these commons-type resources is to further the continued well-being of the community. But once you start to monetize those commons, it creates clashes.

We’re early in this, but I do think those issues will come up and we’ll need to think about new approaches and possibly new regulatory mechanisms to deal with that.

Image: Courtesy of Simon and Schuster