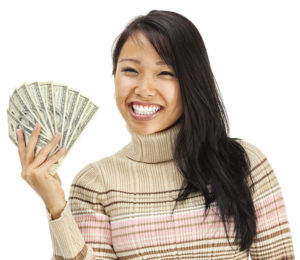 Frenzy: This year’s fundraising arms race is kicking off. Thoma Bravo is launching its debut small-company fund that could target up to $1 billion. Thoma Bravo closed its flagship Fund XIII on $12.6 billion last year, and closed its second mid-market fund on $2.4 billion in 2018.

Bloomberg reported last year that Thoma Bravo could be back this year with its fourteenth fund that could target up to $15 billion. Check out my story here.

Rising: If you haven’t seen it yet, check out Venture Capital Journal’s list of 40 Rising Stars under 40 feature. Our venture pub received 120 nominees, so it was a big job honing that down to 40. Sounds like this will become an annual feature.

An interesting aspect of this feature is that many of the folks are under-the-radar compared to some of the outsized personalities in the venture world.

A few of the featured stars include:

* Tina Hoang-To, an executive VP at TCV who joined in 2008 and rejoined in 2019. She focuses on internet, digital media and entertainment, mobile technology and software and was previously CEO of Wedding Spot;

* Alex Lim, partner at IVP, who joined the firm in 2015 as an associate and was promoted to senior associate after year, faster than anyone before him;

* Adeyemi ‘Ade’ Ajao, co-founder and managing partner at Base10 Partners, who raised the largest black-led first fund to date at $137 million in 2018. Ajao was co-founder and CEO of Tuenti, a Spanish version of Facebook that Telefonica acquired in 2010 for $100 million.

The feature also includes a piece on diversity in the VC world. A 2018 survey from NVCA and Deloitte found 45 percent of VC employees are women, but only 28 percent of investment professionals are women. Investment partners or equivalent make up only 14 percent, the article by Rebecca Szkutak said. The 2018 results were an improvement from the 2016 survey.

“We did see some progress around the diversity when it comes to demographics,” says Maryam Haque, a senior vice-president of industry advancement at NVCA. “Most of that was seen on the gender side. Race and ethnicities are an area where progress has been even slower.” Check out the article here.

On the private equity side, we’ll begin our selection process for our 10 super star Women in PE that will run in our March magazine. We receive a huge response of candidates for the feature. If you have some thoughts, send them to me at cwitkowsky@buyoutsinsider.com. We’re looking for mostly women on the deal side, since that has traditionally been the male-dominated part of the business.

Top Scoops
Los Angeles County Employees Retirement Association made about $1.4 billion in PE commitments in the second half of 2019, reports LP watchdog Justin Mitchell. The commitments include capital flowing to various secondary processes, including a single asset process from Revelstoke. Check it out here.

That’s it! Have a great Tuesday. Hit me up as always with tips n’ gossip, feedback, book recommendations or just to chat at cwitkowsky@buyoutsinsider.com, on Twitter or find me on LinkedIn.