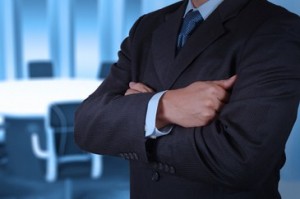 Strateco Resources Inc., a portfolio company of The Sentient Group, said that it has named Charles Riopel as a director of the company, filling one vacant seat on its board of directors. The appointment was effective July 9, 2013. Based in Boucherville, Québec, Strateco Resources is a uranium exploration company. The Sentient Group, which has offices in Australia, Canada and Germany, is a private equity firm that focuses on the global resources sector.

BOUCHERVILLE, QUEBEC–(Marketwired – July 22, 2013) – Strateco Resources Inc. (“Strateco”) (TSX:RSC)(FRANKFURT:RF9) is pleased to announce that, on July 9, 2013, its Board of Directors appointed Charles Riopel, as a director of the Company, to fill one vacant seat on its Board of Directors.

Pursuant to the January 27, 2010, private placement with the Sentient Group (“Sentient”), Strateco management undertook to support the appointment of a Sentient nominee. Mr. Riopel replaces Paul-Henri Couture as Sentient nominee. Mr. Couture will remain as an independent director on the Board of Directors.

Guy Hébert, President and Chief Executive Officer of Strateco, stated that: “With his experience and competency in investments and projects management in the mining sector, Charles Riopel should bring an important contribution in the debates and decisions of the Board of Directors”.

Charles Riopel joined Sentient in 2012 from the Société générale de financement du Québec (now IQ) where he was, for six years, an investment director, responsible for the metals and mining group. He has more than 20 years of investment banking and project management experience within the mining sector. During this time, he held various executive roles in corporate strategy, mergers and acquisitions, corporate finance transactions and also played a major role in bringing exploration projects to production. He was responsible for originating, structuring, and executing equity and debt capital markets transactions. He is a member of the Joint Committee of Metallurgy in Québec and a member of the Canadian Institute of Mining, Metallurgy and Petroleum.

Mr. Riopel earned his MBA from Laval University and his bachelor’s degree in economics from the University of Montreal.
The Sentient Group is an independent private equity investment firm specialising in the global resources industry. The group is based in the Cayman Islands with subsidiary offices and affiliates in Sydney (Australia), Montreal (Canada) and Munich (Germany). The Sentient Group currently has US$2.7 billion in assets under management for funds and is a leader in the mining industry.