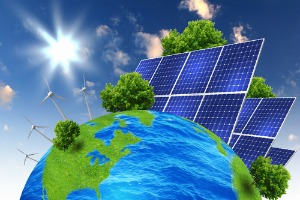 The battle lines for America’s energy investments have been drawn across oil fields and biofuel farms, natural gas pipelines and solar arrays, coal mines and electric cars. While one side drives hard to find and extract domestic carbon-based fuels at a faster pace, the other champions innovations that promise cleaner, renewable fuels of limitless supply. But in the excitement to invest in alternative energy, and the zeal to access new oil and gas reserves, we have neglected an important investment to reduce energy consumption over the next few decades.

There is tremendous opportunity to improve efficiency and lower emissions at the point of use of oil, gas and even coal. Such improvements can have a huge impact because these fuels are consumed not only in traditional stationary power generation and transportation, but are inevitably required to make and operate alternative energy systems.

Many technologies for the conversion of conventional fossil fuels, such as furnaces and internal combustion engines, haven’t changed significantly in decades. If a fraction of the investment placed on fossil fuel extraction technology and alternative energy development were focused on fossil fuel conversion technology, we would see dramatic improvements in the efficiency and cleanliness of both fossil fuel based power generation systems and those promising alternative systems that unfortunately rely heavily upon them.

Clearly more efficient engines and power plants improve the use of fossil fuels in the short-term. But we must also understand that the alternative energy technologies– solar photovoltaics, biofuels, and electric vehicles–that have received the lion’s share of investment by venture capitalists, can have carbon footprints similar to the conventional energy sources we expect them to replace.

Silicon photovoltaic cells are made through a process that requires a tremendous amount of heat and electricity. These cells may require from two to six years in operation just to generate as much energy as they consumed when they were made. That input energy typically comes from burning fossil fuels at the local utility.

Biofuels, like corn-based ethanol, consume a surprising amount of fossil fuel energy to get to the local pump — energy to irrigate and fertilize the crops, convert the plant material to end product, and transport it from processing plant to fueling station. This “input” energy from fossil fuels is very close to, in certain cases even more than the remaining “output” energy in the biofuel available to a car or truck engine.

In the case of electric vehicles, we must consider the energy required to produce and dispose of the batteries as well as the electricity required to recharge them. A lithium ion battery, recharged after an evening commute in the Midwest territory of a coal burning utility, can be responsible for more carbon consumption than a gasoline powered car driving the same route.

The good news is that we know, without scientific doubt, there is room for improvement in fossil fuel conversion technologies. The laws of thermodynamics, well understood for more than a century, are our guide. For example, a significant amount of chemical energy inherent in gasoline never makes it to the drive shaft of a car’s usable mechanical energy. Energy gets “lost” as heat escapes from the engine and hot combustion products exit the exhaust pipe. Because our knowledge of thermodynamics can be used to precisely calculate the peak efficiencies of every such practical energy conversion system, we can readily quantify the scale of the opportunity to get more useful energy out, and minimize energy losses along the way.

Consider a startup like ICRTec, developing a micro turbine engine suitable for long haul trucks and stationary, distributed power generation. By using new ceramic components the engine can enable huge gains in gas mileage, using diesel or natural gas, with negligible pollutant emissions. We can readily calculate that such an engine can run at 45-50% efficiency, compared to 30-40% for a typical diesel engine. To get the same enormous improvement in an electric vehicle, we would need 20-50% improvement in commercial lithium battery energy density. Such improvement is possible, but challenging. Indeed a turbine-powered truck in California will engender less carbon dioxide emissions than the state-of-the art electric vehicle equivalent.

For stationary power generation, natural gas has become very attractive because of declining prices and low emissions. Fuel cells, with tremendous peak efficiencies, are starting to hit attractive price points for combined heat and power generation in buildings. Even coal can be improved. Examples include Novinda, whose technology can inexpensively eliminate toxic mercury emissions from coal fired utility furnaces, while preserving the option to safely dispose of hazardous fly ash.

Should we continue to invest in alternative energy? Of course, albeit smartly, keeping in mind not just costs, but the laws of thermodynamics. One day we might be able to practically and economically power solar cell manufacturing plants with functioning solar cell arrays. But over the next decade or two we can do more to reduce our dependence on foreign energy sources, pollutant emissions, and our carbon footprint by improving fossil fuel conversion efficiency than we can by replacing fossil fuels with alternatives.

Andrew Garman is a managing partner of New Venture Partners LLC and was formerly a research scientist in combustion and air pollution formation. Opinions expressed here are entirely his own.