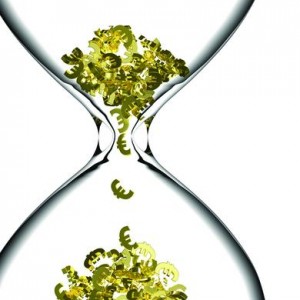 One of European venture capital’s most consistent sources of LP funds has painted a morale boosting view of the future despite recent fears that VC portfolio companies could soon run out of cash as fundraising becomes harder.

John Gripton, a managing director and head of investment management Europe at Capital Dynamics, the Swiss headquartered fund-of-funds, remains positive on venture, an asset class his firm has supported for nearly two decades.

“We believe that we’re set for a period of good returns to come out of European venture,” Gripton predicted. “There are many reasons to support venture moving forward.”

In a recent survey for the British Venture Capital Association (BVCA), one in five British VCs expressed fears that the average portfolio company was at risk of collapsing within six months without more funding to sustain cash burn.

The same Venture Capital Outlook Survey 2009 found widespread expectation that total investment will fall in 2009, while almost everyone had found it hard to raise money for B and C rounds and more than half felt the fund raising environment was much more difficult over the past 12 months compared with the previous 10 years.

Latest figures from the USA’s National Venture Capital Association and PriceWaterhouseCoopers showed a one-third fall in VC investment in America in the last quarter of 2008, with investment in start-ups at its lowest since 2005.

Gripton acknowledged that conditions for fundraising have deteriorated. “What we’re seeing is that the whole process has become more protracted and as a result many of the companies do need additional funding.”

However, he believes that downward pressure on valuations is creating significant opportunities for investors.

“In current circumstances, we believe it is the right time for having capital put to work because, clearly, there’s been a fall in pricing and these types of investment don’t have any debt in them. They’re very much equity driven. So the fund managers themselves can buy at cheaper prices and put the equity to work.”

Recent news flow from VCs highlights how investors remain interested in the asset class despite concerns highlighted in the BVCA survey.

Accel Partners closed its Accel London III fund at US$525m and will maintain its focus on early stage and growth opportunities in European and Israeli communications, IT, internet, media, mobile, and software.

Siemens Venture Capital, the German industrial giant’s early-stage investment vehicle, moved into fund-of-funds. Siemens Global Innovation Partners I has a target of US$200m and was halfway there at first closing. It targets VC and growth capital funds worldwide, and early investors include the German Siemens pension funds and European insurers.

Seroba Kernel, an Irish life sciences VC fund that will invest in Ireland and the UK, achieved a first closing of €75m, becoming the seventh fund to receive support from the state development agency Enterprise Ireland’s €175m Seed and Venture Capital Scheme 2007-2012. The BVCA recently urged governments to act as catalysts for institutional investors to support VC funds during the financial crisis.

BioMedPartners announced the CHF95m first closing of BioMedInvest II, a healthcare fund for early to mid-stage companies in Switzerland, Germany and satellite countries.

These VCs are attracted by the same positive fundamentals that Gripton sees when he views European venture capital.

Europe has the technology: it is now edging ahead of the US in the number of patents registered each year. Returns have been better than in the US since the dotcom boom ended. The number of Europe-based managers with three funds or more has increased dramatically since then.

“We believe the cost of entry is lower in Europe too,” said Gripton. “There’s less money to invest, so pricing can be kept down as a result.”

So will European venture capital’s boat ever come in as supporters predict and sceptics doubt?

Exits remain potentially the biggest obstacle. “Trade sales are good, but we’ve not been that good in the IPO markets here in Europe,” says Gripton. “Many managers still go to Nasdaq in the US, which they find more receptive.”

But he still sees that boat reaching shore. “We think pricing will come down further in the current environment. If we can get the exit markets moving, then with the great technology that we have and the ability to exploit that to term to make it more commercial, we do believe that we’re set for a period of good returns to come out of European venture.”