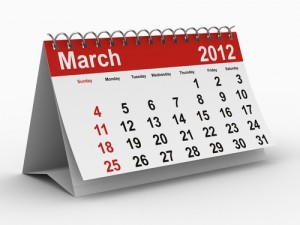 Following its announcement at the beginning of this month that all investee funds will have to comply with its new ILPA-style template for capital calls and distributions, private equity firms will be interested to hear what America’s largest and most influential pension fund has to say at its investment, performance and compensation committee meetings.

On its action agenda this month, California Pubic Employees’ Retirement System is slated to approve the extension of the contract of its private equity board investment consultant Pension Consulting Alliance (PCA).

On its information agenda, the committee’s primary pension consultant, Wilshire Associates, is scheduled to provide a quarterly total fund report reviewing the performance of the pension fund as well as the affiliate funds. The independent consultants for private equity and real estate will provide information specific to those asset classes.

Switzerland-based Partners Group is releasing its annual report on Tuesday. The 25 billion euro ($32.8 billion) international fund manager announced on 12 January that it had invested a total of USD 5.6 billion in 2011 in all private markets asset classes around the world, including 40 direct investments. The firm also stated it had achieved portfolio realizations of $3 billion during 2011.

The end of last year saw Partners Group open a Paris office and announce promotions of two partners and seven managing directors to senior management. Andreas Baumann, co-head of the Singapore office, was promoted to partner and Dr. Michael Studer, head of the portfolio & risk management team and responsible for the firm’s global private markets investment portfolios, was also made partner.

This annual conference plays host to over 200 major global investors in private equity and venture capital and their general partners. In the past, it has attracted investors representing over 300 billion euros of private equity allocations to Geneva for two days of intensive discussions and networking. (And of course there is always the attraction of the après ski on the Swiss Alps after the serious negotiations have taken place.)

UK-based listed private equity investor HgCapital Trust is publishing its full-year results. The Trust, which was established in 1989 and manages 3.6 billion pounds of assets, gives investors access to a European private equity portfolio run by an experienced manager investing in private companies in the health care, industrials, services and TMT sectors.

The Trust manages a portfolio of 31 companies and the top 20 buyout investments currently account for 90% of the portfolio value. The Trust has also made a commitment to small-cap TMT deals through HgCapital’s Mercury Fund. And it also holds investments in the manager’s renewable energy funds.

Many happy returns go to Bain Capital founder and US Republican hopeful Willard Mitt Romney (March 12, 1947). Mitt is best known for his stint as governer of Massachusetts and making a run for the Republican presidential nomination in 2008. In June 2011 he announced his candidacy for the 2012 race. Last “Super Tuesday”, Mitt Romney won six of 10 states voting including Ohio, but not yet enough to end the race.

Also celebrating this week is Brazilian Internet entrepreneur Eduardo P. Saverin (March 13, 1982), one of the four original co-founders of Facebook. Initially granted a 30% stake in Facebook, Saverin’s position was whittled down as institutional investment rounds diluted his shares. He at one point was reported to own 5%. However, this appears to have been reduced as his name does not appear in the S-1 filing as a five percent owner. Currently living in Singapore, Saverin is now a major investor in another social network, Qwiki, as well as Jumio, an online and mobile payment product.