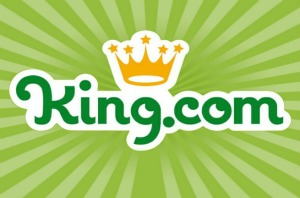 The nine-year old company has experienced an explosion in popularity since launching on Facebook little over a year ago with its saga games, in which players move through a competitive landscape and pass their friends on the way.

The games appeal to a growing trend for players, more and more of them female, to play puzzle games with their friends in short bursts, especially as games are increasingly played on the move on phones or tablets to kill spare minutes.

Zynga, with almost 80 Facebook games including titles that span other genres like Texas HoldEm Poker and Mafia Wars, is still by far the most popular games developer on the site, with 65 million daily users of its apps.

Apart from Zynga, only German social games firm Wooga, whose most popular game is Diamond Dash, in which players compete to tap on gems of the same color for 60 seconds, how has more daily players on Facebook.

“Our ultimate ambition is to be the leader in our segment of games for the casual social player, mainly female, social and mobile,” King.com’s Chief Executive and co-founder Riccardo Zacconi said in an interview with Reuters.

“Our target is to reach Zynga.”

Zynga went public late last year in a high-profile initial public offering that raised $1 billion, and Zacconi is also eyeing a possible IPO next year, although he said no decision had yet been taken and he declined to estimate King.com’s value.

“The market is changing very fast. There will be consolidation, and we want to have a war chest,” he said. “We are preparing the company.”

Makers of games and other Facebook applications are currently changing hands for large sums.

Facebook last week bought Instagram, a two-year-old photo-sharing application developer with about 30 million users, for $1 billion, while Zynga bought OMGPOP, maker of the popular game “Draw Something”, for about $200 million last month.

Zynga is now trying to reduce its dependence on Facebook with a new gaming network of its own that it launched last month.

Zacconi said King.com was thinking carefully about whether to join. “Zynga is going from being a games developer, a competitor, to being a platform. There are many things we need to understand regarding this move.”

King.com, which is older than Facebook, has had its own website since launch. It is aimed at players who want to play competitively with strangers and may spend several hours a day on the site.

The company, whose main offices are in London and Stockholm, had some 300,000 games being played monthly on King.com before the Facebook launch early last year. Now about 2.5 billion King.com games are being played every month.

King.com has been profitable since 2005, and has not had a funding round since September of that year, when it raised 34 million euros ($44 million) from venture capital firms Apax Partners and Index Ventures.

Mobile is the next frontier for King.com, and it is about to launch its most popular games for Apple and Google phones and tablets so that players can pick up games on their mobile devices where they left off on their desktop.

“It can be in a couple of weeks, it can be in three weeks,” said Zacconi. “It’s close, quite close, but we launch the game when it’s ready. It’s launched when it’s perfect.”