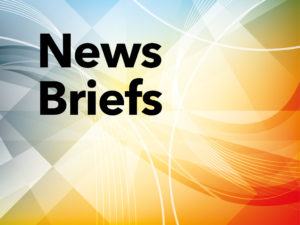 Founded in 2017, Ashling is an industry leader in building and scaling automation programs and centers of excellence for the Global 2000 as a strategic partner to the C-Suite. Ashling has built automation expertise within the Real Estate, Consumer Goods, Manufacturing & Distribution, Healthcare and Automotive industries. The investment comes as Ashling has experienced another record-breaking year of growth resulting in annual growth of over 300%. Ashling Partners works with cutting-edge technologies in the intelligent automation industry such as Robotic Process Automation, Artificial Intelligence, Machine Learning or Optical Character Recognition to deliver automation outcomes for enterprises at all stages of the automation journey. Ashling Partners was recently named a ‘UiPath 2020 Partner of the Year’ in the Americas region.

“THL’s partnership centric approach to investing, expertise within automation and operating expertise through their Strategic Resources Group was very attractive to us when looking for a strategic partner to help grow Ashling Partners,” said Don Sweeney, co-founder of Ashling Partners.

“We are still in the early days of automation. As much as intelligent automation and RPA has grown over the last few years due to many organizations recognizing the value and resilience that their automation program can drive, we believe the future will require even more breadth and innovation. The investment and partnership with THL not only enables our global scale, but it also helps to expand our broader intelligent automation capabilities and enables quicker time-to-market on creating reusable products and bringing concepts of leverage to life,” said Marshall Sied, co-founder of Ashling Partners.

“We couldn’t be more excited to be partnering with Don, Marshall and the broader Ashling Partners team as it enters its next stage of growth. The Ashling team has built the premier brand in automation services with a client base that appreciates their domain expertise, their ability to innovate and their focus on driving outcomes for Enterprise automation,” said Josh Bresler, Managing Director at THL.

“Ashling Partners has experienced significant organic growth as a strategic partner to enterprises across the U.S. We look forward to supporting the Company’s continued focus on innovation and market expansion in the U.S. and Internationally. We are excited to support Ashling’s pursuit of M&A opportunities as we build a global platform within the Intelligent Automation industry in partnership with Don and Marshall,” added Kearney Shanahan, Director at THL.

About Thomas H. Lee Partners, L.P.
Thomas H. Lee Partners, L.P. (“THL”) is a premier private equity firm investing in middle market growth companies exclusively in three sectors: Financial Services, Healthcare and Technology & Business Solutions. We couple our deep sector expertise with dedicated internal operating resources to transform and build great companies of lasting value in partnership with management. Our domain expertise and resources help to build great companies with an aim to accelerate growth, improve operations and drive long-term sustainable value. Since 1974, we have raised more than $25 billion of equity capital, invested in over 150 companies and completed more than 400 add-on acquisitions representing an aggregate enterprise value at acquisition of over $200 billion. For more information on THL, please visit THL.com.