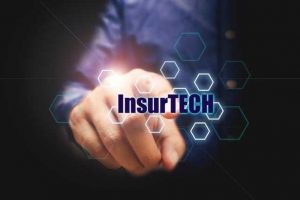 Thoma Bravo recently forked out a big check for Majesco, but the price is justified by the growth to be had in bringing much needed innovation to the traditional insurance industry, according to a senior member at the firm.

Thoma Bravo over a week ago completed its $729 million take-private deal for Majesco – representing an approximately 113 percent premium and an EBITDA multiple of 37.6x.

But, according to A.J. Rohde, lead investor on the deal and partner at Thoma Bravo, Majesco is ahead of the game on many fronts.

Majesco stands out as the only InsurTech software provider serving both end markets.

Overall, the insurance space is undergoing transformation as traditional insurance carriers are disrupted by technology companies that can underwrite insurance, the investor explained. This dynamic forces insurance carriers to look more like InsurTechs themselves, which they can do on platforms like Majesco, Rohde said.

The company does this by using artificial intelligence and machine learning to provide its customers with customizable software that they can easily provision and make changes to. “Historically this sector has been dealing with a lot of professional services, a lot of change orders, custom configuration software. Majesco doesn’t have much of that anymore,” Rohde said. With Majesco, customers don’t have to call every time to make a change; they can do it themselves, he explained.

“Every insurance company that had a digital transformation roadmap provably had that roadmap over the seven- or ten-year cap. This cap is now two to three years because of covid,” Rohde said. “A lot of demand for what we had in the sales pipeline or was just being discussed – people are demo-ing now, or they are buying new features, or they are trying out a new business line.”

Thoma is joined by many of its private equity peers that see value to be had through insurance transformation.

In September, Thomas H. Lee acquired Insurance Technologies, a provider of sales and regulatory automation solutions for the insurance and financial services industries. The deal provided an exit for NexPhase Capital.

In August, Bain Capital and Vista Equity announced the sale of insurance software maker Vertafore, finding a buyer in Roper Technologies in a $5.3 billion deal.

Around the same time, Apax Partners-backed Duck Creek Technologies debuted on the Nasdaq. On its first day of trading, the company raised $405 million in its upsized initial public offering. The IPO valued Duck Creek, a software company serving the property and casualty insurance sector, at $3.46 billion.

For Thoma, sourcing the right InsurTech opportunity has been a task of its own.

The firm was on the hunt for an InsurTech platform even before selling iPipeline, a provider of cloud-based software for the life insurance and financial services industries that was acquired by Roper Technologies in 2019, Rohde said.

But, according to Rohde, there are few companies of scale up for sale, and finding the right opportunity became that much more challenging during the pandemic.

Ultimately proving a valuable factor in getting a deal done was Thoma’s long-rooted relationship with Majesco. And after a new executive leadership team stepped in to lead the company in 2018, the firm had even more conviction in the business.

“We have a fortunate benefit of being an investor in this sector before,” Rohde said, adding that Thoma had known the Majesco team for over a decade. “There is a lot of operational commonality between their executive team in Majesco and us.”

That backdrop presented an “opportunity to do somewhat of a proprietary take-private, which is really hard to do in an uncertain market,” Rohde continued.

The valuation that Thoma Bravo assigned to Majesco translates into an enormous premium: approximately 113 percent over Majesco’s average closing price of $7.52 during the 30-trading day period ended July 17, 2020.

That’s partly because Majesco amended its initial deal agreement with Thoma Bravo, which, at that time, assigned it a valuation of $594 million. After the company received an unsolicited bid from another party proposing a higher premium and valuation, Thoma Bravo, determined not to lose the deal, upped its bid.

The deal ultimately closed on $729 million in enterprise value.

Further propping up its valuation, Duck Creek Technologies just happened to be going public all the while Majesco was having take-private discussions.

“Duck Creek had gone out and got a very, very high multiple,” Rohde said. “A lot of interest was attracted to Majesco in that window [between the signing and closing of Thoma’s take-private]. That was an interesting time in the market.”

Now, with Majesco successfully in the portfolio, Thoma Bravo plans to grow the platform organically and through additional M&A.

“There are a lot of companies in that space that are founder-owned or VC-funded and many of them have great products and several really great customers. But while those customers are very big, the companies are having a hard time breaking out and getting scale,” Rohde said.

“So [the] Majesco platform is a really great place for that, because we have big distribution, big salesforce and big customers.”