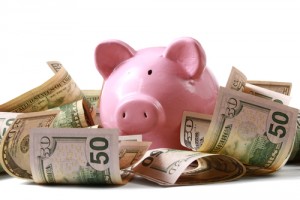 Will focus on smaller, middle-market investments

Thoma Bravo, which is pre-marketing its 12th flagship fund, is wrapping up fundraising on its debut middle-market fund, Thoma Bravo Discover Fund, according to a marketing document sent to LPs this week and seen by Buyouts.

Discover Fund will likely be “oversubscribed beyond its $1 billion hard cap,” according to the document, which was signed by Lee Mitchell, managing partner at Thoma Bravo. “We will be working through allocations collaboratively with our investors over the next few weeks.”

The firm expects to close Discover Fund in November, according to a separate marketing document. Discover Fund was initially offered only to existing Thoma Bravo investors, though it’s not clear if that has changed.

Jeff Segvich, a spokesman for Thoma Bravo, declined to comment.

Discover Fund will have its own investment team, the second document said. The names of the team members were not disclosed.

The flagship fund “should be unaffected by the proposed new fund and its strategy will remain unchanged,” the second marketing document said.

Thoma Bravo has had its eye on the middle market. Managing Partner Carl Thoma said at the Buyouts Chicago conference in June that the middle market presented the opportunity to make strong returns despite the likelihood private equity returns overall would decline.

“That’s the reason middle-market funds will probably be double or triple oversubscribed,” Thoma said at the time. “The lower middle market is a good place to be.”

Along with the Discover Fund, Thoma Bravo is pre-marketing its next flagship vehicle, Fund XII, targeting $5 billion to $7 billion, Buyouts exclusively reported this week. The firm also closed its second Special Opportunities “top-off” fund in April with more than $1 billion. That fund invests side-by-side with the flagship vehicle. Fund XI closed on $3.65 billion in May 2014.

The firm is hitting the market with its flagship fund and mid-market fund around the same time its main tech investing rival, Vista Equity Partners, is gearing up for a big fundraising push. Vista is expected to launch its sixth flagship vehicle this year or early next year, and its third small-cap focused Foundation Fund around the same time period, LPs have told Buyouts in past interviews.

One LP described the activity of both firms as “sort of an arm’s race.”

Action Item: Thoma Bravo Director of Investor Relations Jennifer James can be reached at jjames@thomabravo.com or 415-249-6717.