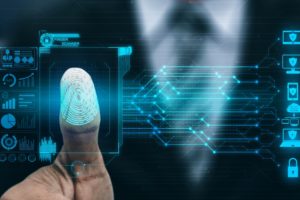 Thoma Bravo has called off its potential $2 billion-plus sale of Imprivata as coronavirus-related fears continue to weigh on global markets and economies, according to people familiar with the matter.

The auction for Imprivata, a healthcare-focused information security company, was shut down indefinitely at the start of the week, sources said. Indications of interest were submitted and the process’s second phase was just kicking off, according to one of the people.

“Imprivata is and always has been focused on our employees, our customers and in delivering the world-class solutions our customers need for healthcare delivery,” Imprivata president and CEO Gus Malezis said in a statement to PE Hub. “This is more critical now than ever before given the unprecedented conditions. To this point, we’re [ensuring] our employees are in a safe operating environment and our customers are receiving the assistance they need and expect from Imprivata.”

Imprivata is one of many companies opting to postpone a potential sale. A large percentage of live processes have either been put on hold or shut down as dealmakers and investors try to hash out the severity of covid-19 impacts on financial markets and portfolio companies.

For example, Curium, the CapVest Partners-backed nuclear medicine imaging company, called off its potential $3 billion sale earlier this week after final bids fell short of expectations, PE Hub reported. The company said the decision was made due to “extreme volatility and uncertainty in global financial markets in recent weeks, arising from the global covid-19 outbreak.”

PE Hub initially wrote in early February that Goldman Sachs and William Blair had been engaged to advise on a sale process for Imprivata.

The company serves more than 1,900 healthcare customers worldwide, with over 6 million users across 45 countries.

Chicago-headquartered Thoma Bravo’s investment in Imprivata dates back less than four years. The buyout shop completed its take-private of Imprivata in September 2016, acquiring the company in a $544 million transaction.