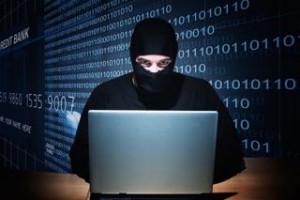 On Tuesday, Bain announced it would buy Blue Coat in a deal valued at roughly $2.4 billion, including debt. Jeffries Finance is providing financing. Sellers include Thoma Bravo and the Ontario Teachers’ Pension Plan. Blue Coat’s management is also rolling a stake into the new company, a source said.

The transaction is expected to close in the first half, a statement said. Sunnyvale, California-based Blue Coat, a provider of internet security and wide area network acceleration solutions, employs about 1,500 people globally. No job cuts or management changes are expected, said David Humphrey, a Bain managing director.

Bain, which is buying all of Blue Coat, is expected to kick in a “significant” equity check, a source said. The Blue Coat investment is coming from two funds: Bain’s latest flagship fund which closed at $7.3 billion in April 2014. Also, the firm’s fourth Europe fund, E-IV, which collected 3.5 billion euros (US$4.8 billion) last year.

Blue Coat received an offer from a strategic buyer roughly nine months ago that didn’t pan out, two sources said. Thoma Bravo, in January, then conducted a limited process in which they reached out to a limited number of parties with experience in the space. That’s when Bain became involved, the first source said.

However, it was  the hacks of Sony Pictures, JPMorgan Chase and Target that illustrated the need for cyber security software. ““Recent high profile data breaches illustrate the growing importance of cyber security, which is an increasingly critical issue for enterprises and governments worldwide,” Humphrey said. “Blue Coat is a really important company in the land of cyber security.”

As the second private equity owner, Humphrey said there is still upside for Bain. The private equity firm plans to grow Blue Coat, introduce new products, take part in M&A and hopefully go public sometime in the future. “We think there are profound macro tailwinds for Blue Coat,” Humphrey said.

Ken Marlin, founder and managing partner of Marlin & Associates, a New York investment bank, said while Fortune 50 companies have taken the cyber threat seriously, many other companies have not installed robust systems. “Hundreds of thousands of medium-sized businesses need to get more serious about protection against cyber attacks,” he said.

At $2.4 billion, Bain is paying a high price for Blue Coat, Marlin said, but because of the growth potential, the Blue Coat investment should produce a good return for Bain’s investors, he said.

An exit
The deal represents a three year hold for Thoma Bravo, which closed its $1.3 billion buy of Blue Coat in February 2012. Thoma Bravo invested $520.5 million equity as part of the deal, according to a Moody’s Investors Service note from that time.

Thoma Bravo got back roughly half in 2013 when Blue Coat issued a $330 million loan to fund a dividend to its financial sponsors.