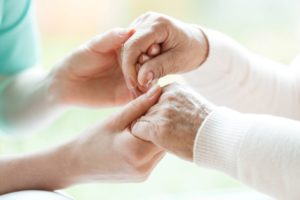 In the second scale hospice care deal in a matter of days, Boston’s Thomas H. Lee Partners has agreed to buy Care Hospice, according to multiple sources.

San Francisco’s Martis Capital, three-and-a-half years into its investment, is expected to remain a minority owner in the end-of-life care provider, one of the people said.

THL’s investment concludes a targeted sale process conducted by Harris Williams, with the transaction ultimately commanding an EBITDA multiple of about 15x, some of the people said.

That suggests a deal valued in the ballpark of $750 million, based upon the approximately $50 million in EBITDA that sponsors looked to underwrite the business, sources said. Sell-side adjusted EBITDA was approximately $60 million, giving full credit for add-on activity, the people said.

Founded in 2008 by CEO Brad Hunter, Care Hospice has grown to over 60 locations across 12 states. The company comprised 24 locations across eight states at the time of Martis’ April 2017 investment. The Charlottesville, Virginia, hospice business focuses on underpenetrated, highly populated secondary and tertiary markets.

For THL, the deal marks a return to the hospice industry. The firm in July 2018 sold Curo Health Services in a $1.4 billion deal to a consortium including Humana, TPG Capital and Welsh, Carson, Anderson & Stowe.

The deal comes on the heels of H.I.G. Capital’s winning bid for Vistria Group’s St. Croix Hospice, which valued the Oakdale, Minnesota, end-of-life care provider at $580 million – representing an EBITDA multiple of about 15x to 16x – PE Hub wrote earlier this week.

Miami’s H.I.G. also looked at buying Care Hospice, some of the sources noted. In fact, there were multiple parties in both processes that early on looked at potentially combining both businesses – ultimately walking away, concluding that they are in fact different businesses, one person noted.

In both instances, a pure-play sponsor outcome was preferred, this person said, with the view that there is another round of growth these businesses would like to take on.

With St. Croix and Care Hospice no longer available for investment, the last big platform standing appears to be Bristol Hospice, a portfolio company of Waltham, Massachusetts’s Webster Equity.

Bristol, based in Salt Lake City, Utah, expects to produce between $60 million and $70 million of EBITDA for 2020, according to a source close to the company.

The company has grown significantly since Webster’s initial investment in November 2017, with the platform projecting $9 million in trailing 12 month EBITDA for 2017, PE Hub wrote at that time.

THL and Martis, meanwhile, know one another well, with Care Hospice representing the second trading of hands between the two firms over the last 12 months.

THL in December 2019 agreed to acquire Centria Healthcare from Martis in a deal assigning the autism-treatment provider a total enterprise value of approximately $415 million, sources said at the time.

Martis and THL declined to comment. Harris Williams and Care Hospice did not return PE Hub’s requests for comment.