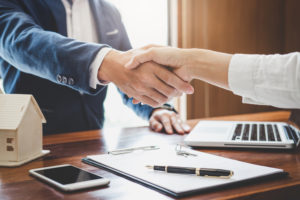 This is Chris, for Wire Wednesdays.

What are you seeing out there? We’ve heard all kinds of stuff about fundraising slowing down, M&A activity (including exits) slowing, credit markets frozen. Is it all doom and gloom?

Insight: I attended the annual general meeting of GP stakes shop Bonaccord Capital Partners yesterday, which featured a group of Bonaccord’s GPs talking about opportunities in the market and how they are growing.

Bonaccord has been in market this year targeting $1.25 billion for its second fund to take minority stakes in mid-market firms. GPs it has backed include MSouth Equity Partners, Trivest Partners and AE Industrial Partners. This week, CAZ Investments announced it was committing $350 million to Fund II.

Some insights from the day: one GP of a lower mid-market focused shop said they’ve recently been seeing more non-auction, proprietary deals than they have over the past few years. This is a function of a jammed up pipeline of stuck deals from investment banks because of rising rates, valuation discrepancies and lenders changing parameters, the GP said.

Lending: as debt becomes more expensive, private lenders have to add something of value beyond just price. In today’s market, certainty of closing has become part of the value package private lenders can offer to sponsors trying to close deals.

Also, there’s a sense that the credit markets at the large side of the market are returning to an environment of “good, solid covenants,” one of the delegates said. “There’s been a tremendous erosion of lending standards over the last 15 years.”

One private credit GP said they are not yet seeing financial “degradation” among their sponsors. Another GP said they are seeing some financial “softening” because of ongoing supply chain dislocation and the need for additional capital invested in the business to counter that.

Meanwhile, the GP stakes opportunity set continues to be strong, especially as fundraising slows and GPs look for support for future growth. Also driving activity is a desire among GPs to institutionalize and build out access to wealth channels, which are likely to become more important overall to private equity. Large firms are building out capabilities around wealth networks, and this will become more important to the middle market in the future, according to a presentation at the event.

Extending: The PE secondaries market is in a weird place; there’s a lot of inventory, but not a ton of deals making it to close. But a few processes recently have made it through.

Today, we have news that Seven Point Equity Partners closed a single-asset continuation fund deal for RiteScreen, a manufacturer of window and patio door screens in North America. The deal, valued at about $120 million, was led by Timber Bay Partners, and included existing Seven Point LPs and RiteScreen’s management team rolling proceeds into the continuation pool.

That’s it for me! Have a great rest of the day. Hit me up with tips n’ gossip at cwitkowsky@buyoutsinsider.com or find me on LinkedIn.