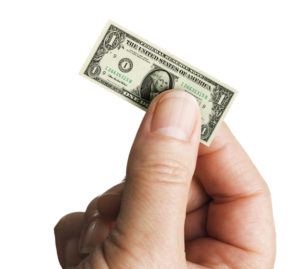 Quick turns: Because of intense competition in the mid-market for deals, the time GPs have to complete due diligence and decide on closing a transaction have shrunk, and require a lot more upfront work around things like market analysis, writes Michael Baruch on the Hub today.

The average time to complete a deal has compressed to probably around two to four weeks, down from six to eight weeks, according to Dave Tayeh, head of private equity, North America at Investcorp.

The market is frothy – “multiples are high; we are seeing companies that are ‘good’ achieving multiples deserving of ‘great’ companies”, says Jay Lucas, the founder of the Lucas Group who helped start Bain’s PE consultancy.
Read more here on PE Hub.

Anxiety: More inflation fears — around 60 percent of respondents to a Citigroup survey are gearing up for persistent inflation, and only 23 percent see it as a temporary situation, according to Bloomberg.

The survey from this month included more than 90 pension, mutual and hedge funds. The majority of respondents also believe the Fed will raise interest rates in the second half of 2022 or the first half of 2023, the Bloomberg report said.

Inflation concerns have not really pervaded the private markets. GPs have held steady on the idea that, because they buy the leading businesses in their market segments, their portfolio companies have the ability to raise prices as needed.

Of course, the concern comes when whatever platform they’ve been developing happens to not be the leader in its market segment. Or, when customers start to push back on rising prices. But we’ve yet to hear pervasive fears along those lines.

Orlando Bravo, co-founder and managing partner of Thoma Bravo, reiterated at a conference this week his oft-repeated belief that software is almost inflation proof.
Software has “a lot more value if there’s labor inflation, because [these tools] allow you to do more with less labor and there’s certainly a labor shortage right now all over the economy, whether it’s restaurant workers or knowledge workers or what have you, and software’s a great productivity tool to be able to deal with that.” He also talked about the challenge of attracting and retaining knowledge workers.

Thoma Bravo is out raising its fifteenth flagship pool targeting $22 billion (which is just the target, so I’m expecting it could be higher), Buyouts previously reported.

That’s it! Have a great rest of your Thursday. Hit me up as always with the good stuff, tips n’ gossip, The Drama, stuff that the elite doesn’t want you to hear (!), or whatever at cwitkowsky@buyoutsinsider.com or find me on LinkedIn.