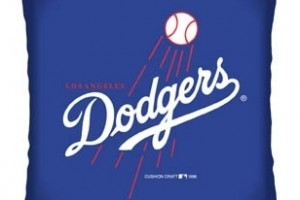 (Reuters) – As bidding for the Los Angeles Dodgers enters its final innings, News Corp’s Fox sports unit and Time Warner Cable are headed toward what could be a multi-billion dollar showdown over the rights to telecast the franchise’s baseball games.

Time Warner, which announced an agreement last year to launch a pair of cable channels with the Los Angeles Lakers pro basketball team, has been talking with bidders still involved in the Dodgers sale, according to two sources with knowledge of the process.

Fox, which previously owned the Dodgers, has said it has no desire to own the team outright. Time Warner Cable spokesman Justin Venech declined comment.

Blackstone, the firm advising outgoing owner Frank McCourt on the sale, has been encouraging media companies to participate to boost the price, which has ranged from $1.2 billion to $1.6 billion, said two other sources familiar with the bidding.

Fox Sports televises Dodgers games through the 2013 season and sued last year to block the Dodgers from negotiating a new TV contract with Time Warner or another company to boost the value. The future television rights have been estimated to be worth as much as $3 billion and are considered the team’s most valuable asset.

Fox or Time Warner Cable may want to take a financial stake in the bid of one of the five remaining contenders, who were vetted by major league owners at a meeting last week in Phoenix, Arizona, as a way to secure those future rights, two sources said.

The bidders also include Stanley Gold and the family of the late Roy Disney, according to three sources familiar with the bids. Gold was rejected by MLB last week, but was reinstated as a bidder on Monday after appealing to a court-appointed mediator.

Gold’s bid was rejected by the MLB due to concerns about the structure of the offer, which included private equity financing to back the launch of a regional sports network.

Fox’s current contract restricts the Dodgers from negotiating a new TV agreement until November and gives it an exclusive negotiating period. In a settlement of Fox’s lawsuit in January, Fox retained the right to challenge the sale of any equity in the team to rival Time Warner Cable. Several sports industry experts believe that will curb Time Warner’s enthusiasm.

“It would be an enormous risk for a broadcaster company to make an equity investment in one of the bids for the Dodgers with the expectation they will receive the broadcast rights,” said Marc Ganis, president of sports consulting firm SportsCorp.

Media reports have also said CBS Corp and Madison Square Garden Co, which operates its own cable channel, have discussed taking a financial stake in a potential bidder.

The big prize for a media company is the ability to create a Dodger sports channel in the country’s second largest market, with 5.5 million homes, or 5 percent of U.S. homes, according to Nielsen Media estimates.

In February 2011, Time Warner Cable announced a 20-year deal with the Los Angeles Lakers to create two new regional sports channels, one in English and the other in Spanish, in a deal estimated at up to $3 billion. Fox Sports West has cable TV rights through this season.

Dodger team owner Frank McCourt has set an April 1 deadline for selecting a final bidder and is required to submit a final bid to the U.S. Bankruptcy Court.

“I expect to see some movement from media entities in terms of bidding in the next few weeks,” said one source familiar with the bidding.

The Dodgers landed on the auction block after current owner Frank McCourt was forced to place the team under bankruptcy protection last year. The franchise first attracted interest from about 15 parties, including many media and sports heavyweights, which were whittled down to seven in February.