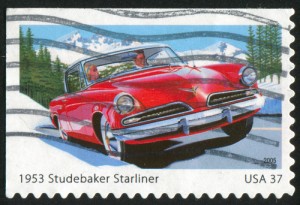 Having covered private equity for 15 years, I don’t often come across a U.S. buyout firm trying to raise $1.5 billion that I’ve never heard of before.

But such is the case with Tinicum Inc., a New York firm that invests money on behalf of the Ruttenberg family. According to its bare-bones Web site, the firm invests $25 million to $75 million to take control of, or buy minority stakes in, both public and private companies. The firm, which targets industries in transition, or out of favor, has backed companies in such fields as aerospace, financial services and medical devices.

Tinicum by February had already secured an impressive $963 million for its latest fund, Tinicum LP, taking it nearly two-thirds the way to its target (not counting co-investment funds), according to a Form D filed with the Securities and Exchange Commission. That the fund has 83 investors translates to an average investment of nearly $12 million each. The firm’s Web site notes that Tinicum’s “investors are all individuals and families (no institutional investors).” Buyouts has reason to believe that, in fact, the firm may use a placement agent to help expand its investor base.

Of course, buyout firms don’t just materialize out of thin air—not ones that can raise more than a billion dollars, anyway. From a variety of sources I was able to piece together the story of a firm that, while under the radar, has a long, successful history.

The firm has at least two rainmakers—Terence M. O’Toole and Eric Ruttenberg. They are the “co-managing members” of a predecessor fund, Tinicum Capital Partners II LP, according to an undated help wanted ad placed by the firm on OneWire to recruit analysts for both New York and San Francisco offices. From the firm’s Web site we know that Fund II was formed in May 2004 with committed capital of $1.325 billion. A predecessor was formed in December 1998 with $272 million.

Ruttenberg has been with his family’s investment firm since 1982; O’Toole joined in 2005 after spending 21 years working at Goldman Sachs, where he was a chief operating officer and a managing director in its merchant banking division.

Tinicum traces its roots back to investments made by the Ruttenberg family in the 1940s and over the years the family played a role in the formation of investment firms Forstmann Little & Co. and Farallon Capital Management. The family continues to be a major source of financial backing: The recruitment ad notes that members of the general partner accounted for $342 million of the money raised for Fund II.

Eric Ruttenberg’s father, the late Derald H. Ruttenberg, pioneered the use of leverage to make acquisitions. He once owned and ran Studebaker-Worthington, an automotive parts company that had earlier made the Studebaker automobile. From a New York Times obituary published on Sept. 21, 2004: “A lawyer turned businessman, Mr. Ruttenberg was a deal maker who shunned the limelight—orchestrating large mergers quietly and amassing his fortune by investing in unglamorous industries.”

The firm has evidently carried on the tradition of keeping a low profile. Ruttenberg declined to be interviewed for this article; I could find no listing for the firm in the 2009 edition of Galante’s Venture Capital & Private Equity Directory; and Tinicum does not list portfolio companies in the public portion of its Web site.

That makes it challenging to construct a track record for the firm. According to the undated recruitment ad in OneWire, the 1998 fund “has generated returns that are more than 15 percentage points greater than (approximately double) relevant private equity benchmarks.”

A Form 13-F for the quarter ending March 31 filed with the SEC lists holdings in public companies by affiliate Tinicum Lantern II LLC. These include shares valued at $106.3 million in Cymer Inc., $53.4 million in X-Rite Inc., $27.7 million in Breeze Eastern Corp., and $22.6 million in Accuride Corp.

Not exactly household names in the buyout market. But then again, neither is Tinicum.

This column first appeared on the Web site of siter magazine Buyouts.