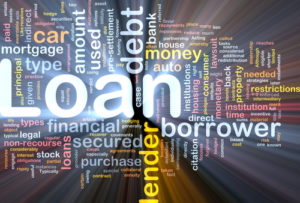 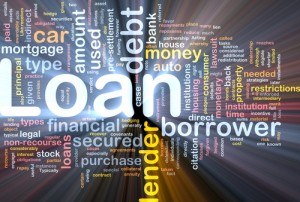 The debate continues as to whether today’s financing environment is as good, or better, than in 2007. But we tend to believe that, at least from a liquidity standpoint, conditions are more favorable than they were back then. Not only is debt readily available but for the first time there are two, very distinct, cash flow-oriented structures available to mid-market borrowers.

The traditional structure and, basically the only structure available until 2009, utilizes a cash flow senior loan and, to the extent additional leverage is desired, a layer of mezzanine debt below it. Although this structure has been around for years, its availability has waxed and waned, becoming extremely difficult to get during the 2008-2010 period. Now, with money center banks, regional banks, and finance companies all flush with cash and with mandates to increase their market presence, as well as the resurgence in CLOs providing even more capital for senior debt, this structure is once again in full force.

But just a minute. While the senior cash flow structure took a break these past few years, the unitranche structure, which combines the senior and junior tranches into one big layer of debt, gained in popularity, spurred on by BDCs, credit opportunity funds and hedge funds that have amassed billions of dollars to deploy using this structure. Today, the unitranche structure continues to give the traditional senior cash flow structure a run for its money, as these non-traditional investors have no intention of ceding the market share they gained over the past several years back to the banks.

So what is a private equity borrower to do? Well, let’s take a minute to see if we can figure out which structure is best in different scenarios.

Probably the biggest advantage of the senior cash flow/mezzanine structure is price. With cash flow senior debt typically priced in the 5.5 percent to 6.5 percent range today, this structure’s weighted average cost of capital is almost always less expensive than its unitranche nemesis (even with a mezzanine slice added on). However, along with a lower cost comes more participants, since bankers’ hold sizes rarely exceed more than $30 million. And having more lenders in a capital structure often leads to more stringent terms for a borrower, such as higher amortization and less flexibility on other terms such as prepayment penalties and covenants. While many of these terms are negotiable when a single lender is involved, the negotiating dynamic typically changes, becoming a lot less flexible as the number of constituencies, each with its own hot buttons, increases.

So who is best suited to use the senior cash flow/mezzanine structure? The highest quality deals backed by well-capitalized, well-known sponsors. Because these are the most sought after financings, senior lenders are eager to lend to these credits, making it easier to club up the number of lenders needed to complete the financing, while the increased competition among lenders tends to result in more favorable terms for a borrower. Plus, these higher quality deals typically have more streamlined due diligence processes, shortening the time required to complete a financing process even though multiple parties are involved.

But for those mere mortals whose deals have some story to them, the unitranche structure offers a very compelling alternative. While this structure tends to be a little more expensive (although we’ve seen yields decline from approximately 10 .0 percent to 10.5 percent a year ago to approximately 8.5 percent to 9.0 percent range today), unitranche providers normally have larger hold sizes (we’ve seen many hold as much as $150.0 million for a single credit). With fewer lenders (and, often, a single lender) providing the debt in connection with a unitranche structure, a borrower benefits from more streamlined negotiations and much greater flexibility on terms. Want a financing with no prepayment penalty, no amortization, equity cures or maybe no covenants? Then consider a unitranche structure. A borrower willing to pay a little more in yield can usually find a single unitranche provider, eager to deploy capital, who will gladly accommodate many of a borrower’s requests for flexibility on key terms.

So who’s best suited for this structure? Those deals that have any story to them, whether it be customer concentration, a blip in earnings, a new product line whose launch devastated earnings, etc. At the end of the day, although the traditional senior cash flow loan structure is typically cheaper, when a borrower has pre-closing credit issues that need to be explained, then pursuing a unitranche structure may be a better bet for the company. In almost every situation you can actually talk to a unitranche lender, make your case directly to a decision maker (has anyone ever actually talked to a bank credit committee?), and negotiate key financing terms with a single provider. Compare that to the typical approval and financing process for a bank deal.

Bottom line: Borrowers have financing options unimaginable only a few years ago. Most importantly, though, available financing structures are no longer “one size fits all”. Each structure has pros and cons depending on a borrower’s particular situation so sponsors and borrowers should look at their options carefully before agreeing to a particular financing structure.